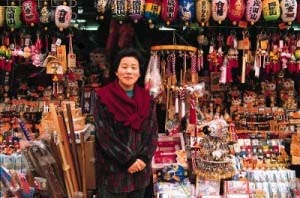 Purchasing capacity, the ability of people to pay for basic goods and services, is the most direct and accurate way to measure their standard of living and the true state of the economy. People need to feel that their lives are improving, which they feel as purchasing power increases. Purchasing power is the precursor to quality of life improvement, and its prime indicator.  Prevailing consumerism manipulates people through advertising, creating artificial needs, to buy on credit and to ignore the environmental impact of their purchases. To increase purchasing capacity, products must be available to meet local demand. There must be stable prices, periodic increases in wages, and a steady increase in collective assets and infrastructure, such as public transportation, energy generating systems, and communication networks.

When one is readily able to purchase basic goods and services, then life can take on new meaning. Increasing the purchasing capacity of families enables them to be free from a constant struggle to survive, especially among the working poor who are often living paycheck to paycheck. However, the economic downturn is taking its toll on the middle class as well as the poor, except, maybe, to a different degree. Many middle class families are facing foreclosure of their homes, job losses, and difficulty paying medical bills, due to issues with our inadequate health care system.  No one except, possibly, the very rich, may escape financial constraints in our current economy. Because Americans’ wages are falling, insecurity about personal finances is now the highest it has been in a decade. According to a recent Gallup poll, 20% of adult Americans, the highest percentage since this question was first asked in 2001, rate their financial situation as “poor” (Saad, L, Feb. 21, 2012). The annual median wage fell in 2010 for the second year in a row to $26,364, a 1.2 % drop from 2009, and the lowest level since 1999. Median income separates incomes of the population into two equal groups—half earning above that middle earnings amount with the other half earning below that amount. Mean income is the average, or amount obtained by dividing the total income of a group by the number in that group (Berman, Jan. 23, 2012). Median income is usually considered the more reliable figure (U.S. Census Bureau, 2010).

The following chart illustrates the point that median income averages are more reliable than mean income averages. Only one income in the millions, for example, serves to skew the overall mean average. However, in the method of determining median income (by mid-point), overall average is closer to that of all of the other nine annual incomes represented.

Though our economy has been growing, most of us have relatively little to show for it. In fact, 93 % of income gains went to the top one percent in 2010 (Klein, 2012, March 5).  The median wage in the United States is the same as it was thirty years ago. The real income of the bottom 90 percent of American taxpayers has declined steadily. In other countries, as well, real income, adjusted for inflation, has not changed for decades. According to Deep Economy author, Bill McKibben, in Latin America, despite a program of growth economics, real per capita income is the same as it was a quarter century ago. In fact, in the last decade, per capita incomes fell in more than eighty countries world-wide (McKibben, 2008).

Though average median income in the 1950s was only about $3200, a gallon of gasoline was only 18 cents, for example (“The People History”, 2011).  Today’s median income is $26,364, and the price of a gallon of gasoline is nearly $4.00 (Gibson & Perot, 2011). If you had taken one dollar to a store in the 1950s, you would have been able to buy items, adding up to less monetary value than in 2012, but, however, in comparison with today’s prices, you would be able to buy more. For example, 60 years ago, for one dollar, you might buy a candy bar, a pack of gum, a bottle of cola, a bag of potato chips, and a bag of peanuts. Today you can buy only one of these items with that same dollar (Gibson % Perot, 2011).  This example illustrates that you would have had a greater purchasing capacity in the 1950s than we enjoy today.

The country-wide per capital income of the population, a simple mathematical calculation (total national income divided by total population) is not a sufficiently reliable and scientific index to give an accurate picture of the standard of living of the people since the disparity in wealth in the society is concealed (Sarkar, 1992).  Per capita income shows the mean and not the variation of income distribution (U.S. Census Bureau, 2012.) In other words, while people may have very high incomes, they may not be able to purchase the basic necessities of life. If the per capita income is low, yet people have great purchasing capacity, they are actually more affluent because they are able to purchase more with the money they earn.

Beyond purchasing power being a more reliable economic indicator, the factors which go into determining that purchasing power become important to move economies forward and to increase people’s quality of life. The issue of per capita income must be seen in the context of current economic stratification in this country. According to a 2010 Federal Reserve Board report, the net worth for all United States households was $53.1trillion. The net worth of the poorest 60% of U.S. households was $1.26 trillion. The net worth for the Forbes 400 was $1.37 trillion.  Therefore, the richest 400 people in the United States have more wealth than the bottom 60%, nearly 160 million people (Forbes, 2010, September 22).

The real economic issue, then, is not the gross domestic product, but in this inequality in the distribution of wealth. Government bailouts to banks, savings and loan institutions, and the American auto industry, rather than creating programs to create jobs for the middle-class and lower class, have helped to perpetuate this inequality of wealth.   The stranglehold that the big insurance companies have on the health care industry also contributes to the financial stress faced by American families. A nation-wide public works jobs program such as FDR created in the 1930s coupled with affordable health care could help stimulate the lagging economy, thereby creating a social safety net that could help American families regain a comfortable standard of living. The issue of per capita income is a smoke screen in understanding the real economic order and class relations in regard to the control of wealth.

In order to ensure more disposable income, and therefore to increase the purchasing capacity of Wisconsin residents, some measures that could be enacted include:

History of the U. S. dollar. (n. d.) http://en.wikipedia.org/wiki/History_of_the_United_States_dollar.