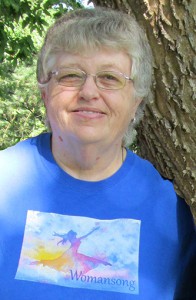 James Hansen, a former NASA scientist and pioneer of climate science, isn’t impressed by the agreement among the 190 nations who signed the COP 21 agreement December 12, 2015. He told The Guardian before the deal was finalized, that, without a commitment to tax greenhouse gases, any accord is just empty promises.

Hansen was arrested several times in front of the White House protesting the Keystone XL Pipeline, which finally was rejected by President Obama this year. Vice President Kerry has denounced Hansen’s views of the Paris Accords, which is outrageous since Hansen, a professor at Columbia, is the top environmental scientist in the United States.

According to a December 14, 2015 Huffington Post article, there are five key facts to know about the climate agreement.

President Obama believes that getting 190 nations to reach an agreement is an essential first step, arguing that the provisions of the accord can be strengthened afterward. Well, perhaps the major constructive development to come out of the COP21 is that a framework was established wherein countries will meet every five years to discuss continued reduction of greenhouse gas to roll back climate change (http://www.huffingtonpost.com/entry/obama-paris-climate-agreement_566c8cf1e4b0fccee16ed503)

However, some people are saying that cutting a six degree ocean warming to three degrees is merely tokenism. So argues Lidy Nacpil from the Asian People Movement on Debt and Development to a Paris COP21 crowd. View here. She also states that the developed countries, who are the biggest polluters, have pledged the least toward controlling climate change. Nacpil says her country, The Philippines, is already suffering from super storms like typhoon Haiyan in 2013. “For people [like us] who are really affected by climate change—we need to change the [slogan] ’1.5 to stay alive’ to ‘1.5 we might survive’ because already at 0.8 degrees, we’re already suffering loss of lives.” (http://www.nationalobserver.com/2015/12/09/news/worlds-survival-table-final-hours-cop21-video)

Charles Eisenstein, who wrote Sacred Economics and The Gift Economy, also spoke at the Paris Accords. In his blog, he argues that checking carbon emissions may not really be the most pressing measure to reverse climate change. Eisenstein asserts that quantifying global warming by measuring it in tons of CO2 produced is flawed. He also is concerned about the disastrous effects of pollution that cannot be measured, saying the following:

Such issues such as mining, biodiversity, toxic pollution, ecosystem disruption, etc. recede in urgency, because after all, unlike global levels of CO2 they do not pose an existential threat.

Climate change activists at the Paris Accords were in full splendor and theatrics. As climate negotiators at the Paris summit celebrated the global accords, tens of thousands of activists from all over the world gathered on the city’s streets, having obtained a last-minute permit despite a ban on assembly. The disconnect between them and the high-level negotiations, was striking.

The New Internationalist magazine reported on many dazzling demonstrations during the Accords, which were part of “The Climate Games”. Take a look at this energizing protest at a Volkswagen showroom. Protesters are targeting VW due to recent revelations that its cars were systematically designed to cheat on environmental emissions tests. View here. These demonstrations remind me of the Yippie mock courts and burning of effigies during the Viet Nam War Protests in the 60s and 70s. Why not bring guerrilla theatre to call attention to the similarity between a circus and the Paris Climate Talks?  It makes perfect sense to make a show out of the show played out on this world stage that the United States, China and the other big polluters are serious about reversing the trend of global warming. (https://www.facebook.com/newint/videos/10153277662438461/?theater)

If the corporations can find a way to profit from curbing greenhouse gases, then we will see big change! Can we wait for that to happen? The only way to ensure proper environmental stewardship is to change the current economic system that is based only on profit to one that is designed for the welfare of all human beings, animals, plants and the environment—Prout (Progressive Utilization Theory). The only real potential gain from continuing to hold these UN climate talks is that it keeps the climate conversation going, and possibly gives pause to the climate change deniers. However, we may experience some difficulty finding actual concrete positive results as takeaways from the accords. Did we expect them, anyway? “It doesn’t take a weatherperson to know which way the wind blows.”-Dylan