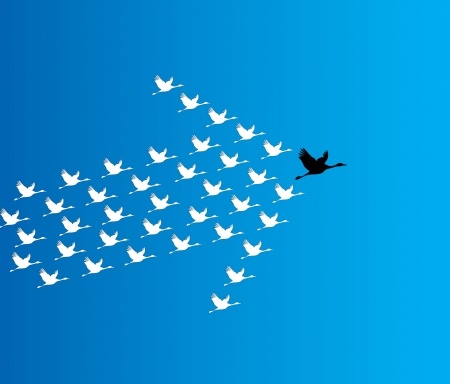 Leadership is a tricky subject. Firstly, it is difficult to get agreement on the definition of ‘leadership’ and secondly, questions arise on how to evaluate leadership. For example, what constitutes effective leadership?

What can be said is that leadership generally relates to some kind of influence or power, group processes, and goal. I personally like to think of leadership as a kind of journey—one with a goal, and a navigation device. And it’s worth noting here that leadership can be over one’s self or others; it can be individual leadership or collective leadership; and it normally relates to a change in direction rather than maintaining the status quo.

For example, if we want to see neo-humanism manifested with a specific focus on addressing social barriers for women, then that is the goal. But it’s not just about the goal. People will often have either a task or people orientation when it comes to leadership. Task oriented leaders tend to focus on the task over the people; whereas people oriented leaders tend to focus on the group processes and how people are feeling. I like to think of this in terms of navigation. In some contexts (e.g., emergency situations requiring quick action) a task orientation will be most helpful. But in other contexts (e.g., starting a social movement), a people orientation is more helpful. While there are no hard and fast rules, the key here is the wisdom to know what style to employ when, rather than favoring one over the other.

That brings us to the next question, when is leadership effective? Many will say that leadership effectiveness can be assessed based on the performance of the group/team. However, I would say that leadership is effective based upon whatever underpinning values are being measured. For example, if the goal is to start a social movement that addresses inequality for women, then we might choose to achieve that very rapidly through intimidating power tactics and other undesirable coercive means. Does this mean that we have had effective leadership? Probably not! Although it might achieve the task at hand, it would not be sustainable and represents hypocrisy and dissonance from the underpinning values of the goal.

As far as neo-humanism is concerned, the ethic of universal love is dominant. Therefore success is determined by the extent to which the movement is able to live up to the values it espouses. Here the group process and conflict management style will be key. How does it manage dissenting views and power structures? Having no structure can result in a lack of speed; too much structure can result in oppression. Once again there is no hard and fast rule here because it depends on the context and sometimes you have to just try something out to obtain that wisdom.

However, based on my experience I would say that collective planning with hierarchical execution is usually a good model that can span the divide of task vs. people orientation.

With pre-planning, you can get collective agreement for those emergency situations where certain persons get to make decisions but not others. Because of the pre-agreement, conflict is minimized. Likewise, a large project may find that a more lengthy collective process around the vision will result in fewer problems during the execution phase, where people are delegated the authority to quickly make the vision a reality. Here it requires a lot of patience in the beginning, but the results will pay off in the long run because the goal and power have been the subjects of the group processes, anyway.

Thus, while leadership is a tricky subject, I like to think of it as related to a goal, processes and power. Leadership effectiveness is measured based on our underpinning values and in the case of neo-humanism, that means the ethic of universal love. Fortunately, that doesn’t necessitate that we give up our power, but it does require a sensitive approach to conflict and oppressive power structures. 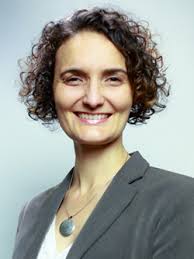