Change is the way life happens. Most change is evolutionary—adjustments made in small increments as a result of circumstances. But some change is revolutionary. It happens so much faster than the pace of the surrounding culture, that we can easily see the amazing results.

Amazing change can happen through a tipping point, when small changes suddenly become the norm. According to author, Malcolm Gladwell, “The tipping point is that magic moment when an idea, trend or social behavior crosses a threshold, tips and spreads like wildfire” (https://www.morethanaccountants.co.uk/the-power-of-the-tipping-point/)

In social change, there is often a person or group who sees a problem or situation, takes it upon themselves to make a change and, if they can stick through all the challenges and resistance, push this tipping point to happen, and help society through to a new level of consciousness.

Often the impetus for change is close to home. Erzebet Szekeres’ son, Tibor, had microcephalus, an abnormal smallness of the head, with severe mental retardation. She was pressured to put her son in an institution. In Hungary, the state solution for people with disabilities was institutionalization for life. Seeing the effect of these institutions on her son, led her, against many odds, to start her own center. Eventually she created more than 20 Centers that provide vocational training, work opportunities, and assisted living to hundreds of developmentally-challenged residents. The centers are light-filled, involved with their local community, and respect each resident as an active working member of society. (How to Change the World: Social Entrepreneurs and the Power of New Ideas. David Bornstein.)

Our own inner attractions often present us with an issue that we can pursue to help the world change. Jeroo Billimoria trained as a social worker in India and the USA. She found herself attracted to the young homeless children in Mumbai, whom she met on her way to and from her work. She would give out her phone number to children so they would have someone to call in an emergency. She and her staff would dash across the city to help out a child in trouble somewhere. Sometimes they just called to talk, to have someone on the other end of the line. Soon she found herself organizing the children to support each other, and worked to establish “Childline” a hotline that homeless children can call when they are abused, hungry, or need someone to talk to. This Childline 1098 toll free service is now available in 346 cities in 33 states across India. The organization provides both individual help and rescues children who are being trafficked for commercial or sexual exploitation. (http://www.childlineindia.org.in/cif.htm)

Sometimes the work we need to do comes to us whether we want it or not. Nujood Ali was just nine when she was married to a man three times her age in Yemen. She was continually raped and abused, and could find no one to help her. She was expected to endure whatever her husband demanded of her. She found her way to a courthouse and told the judges she wanted a divorce. They helped hide her away until legal proceedings could be implemented by a lawyer who was known for her fights for women’s rights. Nujood’s book, I am Nujood, Age 10 and Divorced, has enlightened the world about the challenges of girls who are married off at a young age. (I am Nujood, Age 10 and Divorced. Nujood Ali with Delphone Minoui.)

Social entrepreneurs are often individuals who feel frustrated with the limited work they can do in their paid professions and leave a traditional career to follow their internal calling. Dr. Vera Cordeiro was a physician on the pediatric ward of the Hospital da Legoa in Rio, Brazil. She could not bear to see so many children discharged back to their urban slum, only to return a few weeks later, sick again. She developed an organization that supports children and their families after their children are hospitalized in a public hospital, through education about healthy living and medical care, and work to increase the income levels and better meet the needs of the family. 50,000 Brazilian children have been helped, there has been an 86% decrease in re-hospitalization, and the families they work with have an average 92% increase in family income. (http://www.saudecrianca.org.br/en/)

The change we can help make in the world is right at our doorstep. It may be something we are already involved in. Taking it further, spreading the information, working with others, may be what we need to do to go from evolutionary change to revolutionary change.

(This article is based on a presentation by Jody Wright at the Women’s Welfare Department Golden Jubilee Celebration in Ananda Nagar, Bengal, India on November 8, 2015.)

How to Change the World: Social Entrepreneurs and the Power of New Ideas. David Bornstein. Copyright 2007 Oxford University Press.

See a YouTube of the WWD Golden Jubilee https://www.youtube.com/watch?v=Npof3Kt5av0 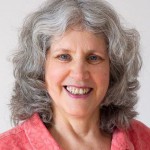 Jody Wright (Didi Devanistha) is a Women Proutist in the USA, a parent educator and a meditation teacher. She can be reached at dididevanistha@gmail.com.