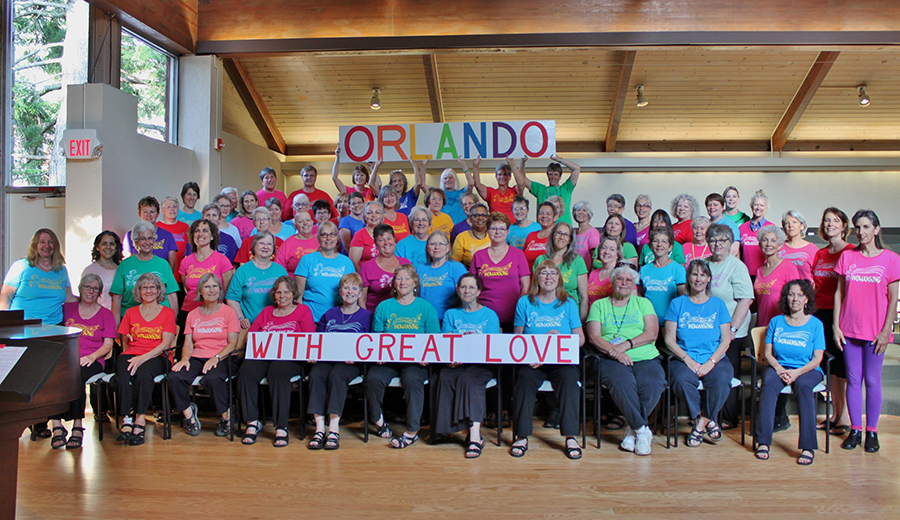 Womansong Chorus of Asheville, North Carolina, made a video to show support for the victims of the tragic shooting at the Pulse gay nightclub in Orlando, Florida on June 12, 2016, in which a gunman killed 49 people and injured 53 others. It was both the deadliest mass shooting by a single gunman and the deadliest incident of anti-LGBT violence in U.S. history. Pulse was hosting a Latin Night and most of the victims were of Hispanic descent. The assailant was Omar Mateen, a 29-year-old American, who was killed by Orlando police after a three-hour standoff.