Home Articles US Prisons, Women and the Progressive Utilization Theory 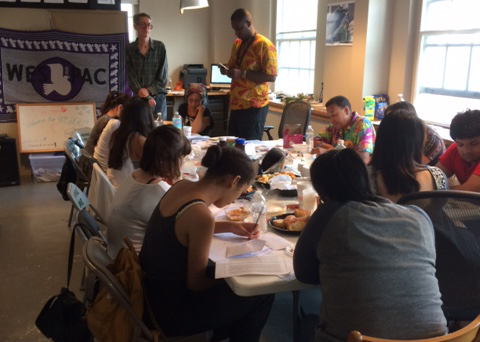 US Prisons, Women and the Progressive Utilization Theory

By Nada Khader, Women Proutists of North America Board Member

The founder of Prout, Prabhat Ranjan Sarkar, once told us that we can only punish a person as much as we love that person, and that punishment must always be corrective by nature. Sadly, our prison system in the United States today is far from a paragon of healing and nurturing that could truly help transform people who have committed serious crimes into productive members of our society. Women, especially, are at risk of being abused and assaulted while incarcerated; the current prison environment is degrading for both prisoners and corrections officers who work in prisons, thereby creating an ambiance that is conducive for abuse and corruption. As Proutists, we envision correctional institutions as places where people can learn about the deepest aspects of themselves, seek professional and holistic help for mental and physical illnesses, continue their education and explore their talents.

A short time ago in May 2016, over thirty Proutists from around the United States gathered together for a strategic planning process where we chalked out plans for the upcoming year. As part of our time together, we watched Michael Moore’s latest film, “Where to Invade Next”. In the film, there is a powerful scene of the Bastoy Prison in Norway, where prisoners are treated with full respect and dignity, live in comfortable, open and rural surroundings in wooden cottages and work twenty hours a week on the prison farm. The recidivism rate is just over 15% compared to the European and US average of more than 70%. You can watch the brief clip at the following url: https://youtu.be/01mTKDaKa6Q?list=PLf0Qq2ZXYXQEs-Ss7bnuMRu60U25C23e5

The longest prison sentence in Norway is 21 years even for the most heinous of crimes, and the country also has the lowest murder rate in the world. When the US Government requested that a person be extradited from Finland to the United States, the Finnish authorities refused, saying that most US prisons do not meet minimum humanitarian standards and thus would jeopardize the rights of the person that the US government wanted extradited. All this to say that we have much work to do here in the United States in terms of transforming prisons from places of abuse and degradation, to places of healing and personal transformation.

Condition for Women in U.S. Prisons

For women inmates, the situation is particularly grim in the United States. Earlier this year, women inmates incarcerated in New York State filed a law suit alleging persistent sexual abuse of female prisoners with impunity for the correctional officers involved in these assaults. You can read the whole article here: http://www.nytimes.com/2016/02/26/nyregion/6-inmates-file-suit-alleging-persistent-sexual-abuse-of-women-in-new-york-state-prisons.html?_r=0

Male inmates also report widespread physical abuse, sexual assault and violence in prisons inflicted by both prison guards and other inmates. Our prison population has mushroomed from 300,000 people incarcerated in the 1970s to over 2.2 million prisoners today representing 25% of the total world’s prisoner population. At least half of people incarcerated in the United States are in prison for non-violent drug offenses, a condition that is not considered criminal in many countries across the world but rather a condition that needs professional treatment, especially if the person is suffering from a substance abuse or addiction issue. To make matters worse, prisoners in the United States are very often exploited by corporations to help them manufacture items for pennies a day, representing a modern day form of extreme labor exploitation and indentured servitude.

Additionally, there are an estimated 10,000 people languishing in our prisons for alleged crimes that they did not commit. Jeffrey Deskovic here in Westchester County, New York, spent over 16 years in prison for a rape and murder that he had nothing to do with. Upon his release and financial settlement for wrongful conviction, he has created the Jeffrey Deskovic Foundation that seeks to find those wrongfully incarcerated and help them work toward their release from prison.

Currently, there are campaigns in New York to both create appropriate restitution for those who have been wrongfully incarcerated http://justice4thewrongfullyincarcerated.org/ as well as impose penalties for prosecutorial misconduct http://www.itcouldhappen2you.org/

A group of mothers and grandmothers from Harlem, NY, recently organized an 8-day march from Harlem to the New York State Capitol of Albany to highlight the plight of the wrongfully convicted. Marchers included the lead organizer Sharonne Salaam, and her family members, whose son Yusef was convicted in the 1989 Central Park jogger rape case that Yusef had nothing to do with and yet spent over five years incarcerated for that crime.

What are some concrete steps that we can take to ameliorate these deplorable prison conditions in the United States? Some of the things we are doing in Westchester County, New York, include:

There are many ways to help out and it is so important that we reach the incarcerated and let them know that even though they are caged by our prison industrial complex, they are not forgotten and that there are people on the outside who are working for a genuine transformation of the prison system. Some of the letters that we have received in reply from prisoners include comments about how they felt “human again” to receive a kind letter from the outside. A gesture that we may consider small and inconsequential may have a significant impact on restoring hope for those incarcerated.

Never underestimate the positive power that we can have when good minds come together for a noble purpose. It is important for the millions who remain incarcerated, as well as for those who have been released from the prison system, as they, too, face enormous challenges in dealing with re-entry. Proutists can and should play an important role in transforming our current prison and criminal justice system to one that reflects our cardinal human values of justice, dignity and respect. 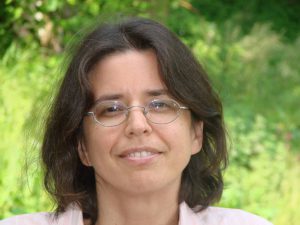 Nada Khader has been the executive director of WESPAC Foundation, a peace and justice action network in Westchester County, New York, for the past 14 years – wespac.org