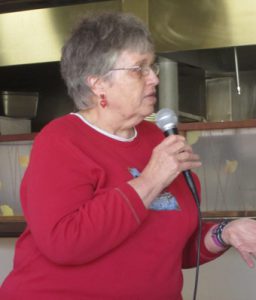 Years before I was introduced to the Progressive Utilization Theory (Prout), I dropped out of college to protest the Viet Nam War and my college (Indiana University)’s investments in the war machine. Tear gassed at the 1969 Second Moratorium to End the War in Washington, D.C., and thrown in jail briefly, I was a serious anti-war organizer. I put out an underground newspaper, did Indianapolis Draft Project counseling, and performed in guerrilla theatre.

It was the summer of love, and we are all so idealistic, yet we sobered up fast, after the beating and jailing of protesters at the 1968 Chicago Democratic Convention, and then in 1970 we were shocked at the massacre of four Kent State students by the Ohio National Guard and the two African-American students killed at Jackson State in Mississippi. This was the era when television was king, giving us a window into the horrors of the war, as we watched the evening news with Walter Cronkite. It shook us and the world awake.

Yet once the war was over, the massive anti-war protest movement collapsed. Additionally, many women from the anti-war movement had grown disenchanted with the oppressive male leadership, prompting us to form the Women’s Liberation Movement. Some people went back to the land, growing our own food, creating our own communes and collectives. I was part of a work collective at a Prout Food Cooperative in Bloomington, Indiana in 1974, which convinced me that the decentralized economic policy of Prout was workable and important to promote.

As a GP (Women Proutist) LFT (Local Full-time worker) in Kansas City, Missouri in the 80s, I helped publish a daily newspaper, The Prout Star, taught Prout classes, and distributed food to the poor.

In the 70s and 80s, I stood beside Alice Benally, the 90-year-old grandmother of two of my Navajo (Dineh) high school students, as she and a Zen monk lay down on the road to keep a bulldozer from tearing down one of the fences on her land. I saw Alice and other Dineh women elders, get up before dawn, chop wood for their breakfast fires, and then prepare meals for their extended families in their small, traditional eight-sided hogans. These courageous elders formed a group of Big Mountain Resisters to Forced Relocation. We organized a caravan from Denver, Colorado with food, tools and cash to assist them in their struggle to survive and to stay on their lands. My English classes recorded traditional Dineh stories and songs as part of an oral history project. To me this is samaja (local economic self-sufficient groups) organizing at its best. The cultural survival of the Dineh was and still is, at stake.

Fast forwarding a few decades finds me editing the Women Proutist Rising Sun magazine since 2010, helping organize the Economic Democracy Conference in Madison, Wisconsin in 2012, and recently I was part of the organizing team of the Prout Strategic Planning Seminar in Asheville.  I have also coordinated Prout Study Groups.

Where do we go from here? Just as when I worked for the Women’s Liberation Movement in the 60s and 70s, I am passionate about the equality of women within the Prout movement as well as in the larger society. Neither Prout nor society can fly on only one wing. As a Woman Proutist, I seek to help create a world in which women and other marginalized groups can become more important stakeholders and have better access to equal pay, child care, paid family leave, proper education, health care and a seat beside, not behind men. I call on men, too, to invite women to take our rightful place in coordinated, rather than subordinated cooperation. Only then can we all work together to create the world we want to see.

Mirra Price, M .Ed., (Northern Arizona University) Ed. M. (Harvard) a retired English teacher is , currently a writer, editor, copyeditor and activist. She has worked in several cooperatives, promoted many social justice causes, and has advocated for women’s rights and gender equality since the 1960s. For several decades, she has given workshops and classes on social justice issues and neo-humanist education.  Email:womenproutists@gmail.com.