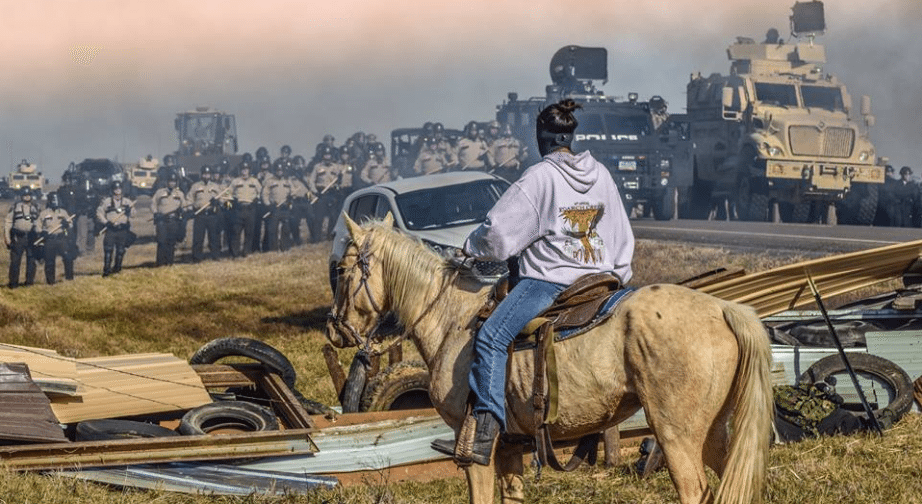 On December 1, 2016, The Sioux Nation sent a letter, signed by 13 tribal chairpersons, to President Obama demanding that he halt construction of the Dakota Access Pipeline. In the letter, the elders of the Lakota, Nakota and Dakota tribes explain that even though they own the river, they were never consulted about the construction of the pipeline. They had been given until December 5th by the Army Corps of Engineers to leave the land where over 300 tribes, numbering thousands of people had been camping for many months, to protect the water.

Emergency supplies were also being blocked from entering the camps. On December 5th the Army Corps of Engineers would stand back, allowing North Dakota law enforcement officials to attack the water defenders with water cannons, mace, concussion grenades, and rubber bullets.

Then the unbelievable happened. On December 5th, the U.S. Army Corps of Engineers legally blocked the construction of the Dakota Access Pipeline, denying Energy Transfer Partners, it an easement to drill beneath the Missouri River.

The corps will now investigate for an environmental-impact statement, a two-year process that will assess the risks of building a pipeline so near the Standing Rock Sioux’s water supply, determining whether the pipeline should be moved or cancelled.

How did this happen? How did this momentous victory happen against powerful energy interests and banks who have lent billions of dollars to back the building of this pipeline? 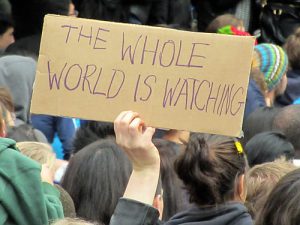 Some say that this is merely a temporary battle won, because when Trump takes office, he may try to reverse the decision against the pipeline, especially since he owns stock in Energy Transfer Partners. Hopefully, the decision to uphold the 1851 Fort Laramie Treaty with the Sioux and to honor the terms of the Historic Preservation Act and the National Environmental Policy Act, will stand, despite a change of administration (Meyer, The Nation, Dec. 5, 2016 https://www.theatlantic.com/science/archive/2016/12/the-historic-victory-at-standing-rock/509558/).

For now the victory is heartening and is owed to the thousands of brave water protectors from over 300 first peoples’ nations and their supporters, including over a thousand veterans who came to be human shields for the protestors, many of whom had suffered tear gas, water canon attacks and rubber bullets shot at them.

Check out this beautiful Standing Rock anthem by Eve of Eden and an insightful film about Standing Rock by the water protectors themselves.