Neohumanist Leadership in an Age of Donald Trump and Polarization

With the election of Donald Trump to the position of President of the United States (POTUS), many people are understandably concerned about the rise of racist and sexist, behaviors and policies permeating US society. However rather than  remaining “like frogs in a well” (as Sarkar would say, Liberation of Intellect: Neohumanism, 1999, p.74), we as leaders have an obligation to first conduct a proper analysis in order to  rescue the people from the tightening noose of exploitation.

On that basis, I will describe some of the frameworks behind theories of prejudice so that it is easier to understand what sexism and racism is, and then briefly analyze what this means for the US election and ongoing narrative we see in the media.  It is a topic that generates its fair share of confusion and where there is psychic exploitation or poor education, people will chase after policies that harm them in the long run. Most notably (in my mind), are the numerous women who supported the anti-suffragette movement to deny themselves and other women the right to vote, and the worldwide economically depressed ‘peasants’ who often vote for plutocratic leaders, i.e., the wealthy elite) on the misguided coat tails of racist sentiment.

For ease of processing we like to categorize information and this tendency is what can lead to stereotyping if left unchecked.  I may observe that in a particular culture there are some common traits. For example average white Americans from the Midwest wear baseball caps and have a lower education than other areas, or those men on average run faster than women, or that city folk are arrogant and rude, and so forth. However, the problem with stereotyping is that it ignores the full spread of people who belong to a particular group.

If on average men run 10% faster than women, it ignores the perspective that approx 90% of women run faster than the slowest men. It also has the harmful effect of implying that to be a man you have to run fast and can potentially create some kind of inferiority/superiority complex around this. Likewise, we have labels like feminine (empathetic, soft, emotional) and masculine (hard, rational, strong) which imply that in order to be a ‘real man’ or a ‘real woman’ you have to fit into one of these pigeonholes. It ignores the fact that we are whole human beings having a diverse set of skills and traits and that we are impacted by our culture (and biology where applicable) to varying degrees. Women have babies, but not all women. And so does being unable to have a baby make one less of a women or human being? Likewise, I am Australian and while I have some clear Australian traits, I don’t have others. It might be correct to say that women’s culture is more empathetic, but we should never assume that a woman will be more empathetic than the man sitting next to her. It disturbs us when people tell us who we should be because of our gender and they don’t treat us foremost as human beings.

You are a woman, therefore you can’t (do math, run, fly a plane; insert anything here). This is the essence of prejudice. We pre-judge someone without knowing them and often this is unconscious. You are Muslim; therefore you are a terrorist. You are a Margii; therefore you must by default already be a neo-humanist (not true!). You are a man; therefore you can’t take care of children. You are a woman; therefore you are weak and need to be told what to do because you can’t make decisions about reproductive control on your own. These labels limit us from being who we can really be, either through inferiority complexes, or just a tremendously dogmatic belief in the society that results in all sorts of structural barriers to fulfilling our dreams. In its worse form, we pre-judge people and blow up mosques, or abuse others on the bus for speaking different languages, or accuse Mexicans of being rapists, or treat women like objects (psychic exploitation) and say how we just want to grab them by the pussy on the pre-judgment that they are there for our personal selfish pleasure. We fail to have humanity and see the human in the ‘other’.  Thus we also ‘other’ them.

Aside from our individual behaviors toward others, there are structural barriers or inequality regimes that prevent us from fulfilling our potential. For example, in men’s culture, there is usually a type of pecking order which is particularly harmful to women and to men who are on the bottom half of the pecking order. It’s what creates glass ceilings and prevents candidates with real merit from getting to the top, because it depends on being similar to the in-group in some way. It usually fails to value diversity of mindset and instead relies on homosocial reproduction (where like promotes like). This pecking order mentality is referred to as ‘patriarchy’. It is a type of subordinated cooperation that assumes superiority and inferiority. Not all men subscribe to this mentality, and likewise not all women abstain from it. That is why many people scoffed when Madeleine Albright and Gloria Steinem implied that voting for Bernie Sanders over Hillary Clinton was not helping feminism. Yes, it is true that the sign of a more balanced society is one where its leadership is more diverse and representative of the people in the society. Thus to have a woman elected to the post would be a significant step in an election where the same old kinds of candidates are in the race. However, Bernie Sanders represented an actual structural solution to the problem of sexism and racism, and was thus a better driver towards a neo-humanistic/feminist society.

We are seeing a lot of reports in the news saying that the white Midwest base who voted for Trump are not racist or sexist, rather they are economically disenfranchised. However, this is in my view, a superficial analysis. We need to understand the main inequality regimes at play. First there is a class inequality regime evidenced by the coastal/city elite vs. non-college educated rural folk. Secondly, there are sexist undertones which Michael Moore refers to as the “The Last Stand of the Angry White Man” (http://michaelmoore.com/trumpwillwin/  accessed 12 Nov 2016) that have mixed up the gender roles and let women out of the kitchen/bedroom and nearer to the Oval Office. Not to mention Trump’s infamous ‘locker room talk’ that objectified women and made it clear the ways in which he (de)values women. Finally, there are the clear racial prejudices and fear based sentiments whipped up by Trump’s implication that Mexican immigrants are criminals and rapists, and that Muslims are terrorists.

Divide and conquer is age old technique for getting control. And so while it might be true that some people voted for Trump purely because of economic inequalities, a real neo-humanist perspective is one that takes all of the inequality regimes into account. You don’t level the economic playing field at the expense of women and/or minorities. It is perplexing that a billionaire can claim to be a man of the people and promise to solve the economic woes of the US, yet has had at least four bankruptcies and squeezed small business sub-contractors to soften his financial blows. The evidence is in opposition to his claims. I propose that he was successful because he activated the (perhaps unconscious) biases of voters in the swing states of the Midwest.

They may not be conscious of it, but Trump got them fired up about their economic situation, pointed the blame at immigrants, and Muslims. Then he tapped into the outrage against that ‘nasty woman’—Hilary Clinton, who despite her flaws, certainly sustained far more scrutiny that both Barrack Obama or her husband during their own election campaigns. Thank you, sexism.

Hence, divide and conquer helped him win the popular vote. By contrast, unlike Hillary or Trump, Bernie Sanders addressed the root cause of economic woes, and did not set people upon each other. This is what neo-humanist leadership looks like: Where the rule of social equality (how can we uplift everyone?) presides over the rule of selfish pleasure (I’m better off if I step on you).

In conclusion, it is important to understand what prejudice is so that we can ensure that neo-humanist leadership and policies have a chance of survival in society. In understanding prejudice we 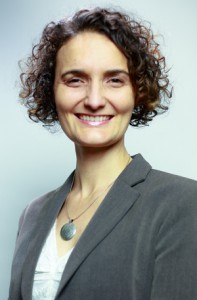 must remember that it is not only individual, but that it can also be unconscious and structural. Un-neohumanist leaders can activate our unconscious prejudices, which bypass rationality on a wave of outrage, and goad us to vote for leaders or policies that promise to make our situation better at the expense of someone else. However, if we study the inequality regimes at play and conduct a proper analysis, then we have taken the first step in liberating our intellect towards neo-humanism. Only then can we rescue people from the ever tightening noose of exploitation.