After being at the PROUT Institute in Venezuela in the summer and fall of 2013, I moved to Atlanta, Georgia. I was in love with the power of workers coming together to organize unions and cooperatives. My own co-workers and I had successfully organized a union in my time as a student at Marian University in Indianapolis. This experience had me convinced that a union job was the way to go, so I figured I’d find one. I took a job at a union food service company at the Atlanta airport.

If you’ve ever had a layover there, you know that Hartsfield-Jackson International Airport is one of the busiest airports in the world. With over 55,000 employees, it’s the biggest employer in the state of Georgia. Many of these workers belong to the “working poor”- low wages and no benefits. From a strategic standpoint, organizing any significant portion of workers at the airport would mean improving conditions for a serious block of people in the state. The vast majority of airport workers in Atlanta are Black—both African-American and African immigrants. So the airport struggle is also the racial justice struggle in Georgia.

In my two years at Hartsfield-Jackson, I worked as a prep cook, busser, food runner, and server.  I immediately joined the union, but I struggled to convince my co-workers to do the same. My idealism from the previous experience of organizing a new union wore off. Many workers saw the $16.40 in bi-weekly union dues as money they just couldn’t spare, and others feared that joining the union meant they’d be targeted for harassment. The union was weak; only 30% of workers who were covered under our contracts at the airport were actual dues-paying members.  Right-to-Work laws in states like Georgia make it so that workers can enjoy the benefits of a contract without paying. This drains the unions of funds and morale. The turnover rate at airports is ridiculously high, which means that there is a constant race just to sign up new employees for the union. With such a high turnover rate, and such low participation, the contracts weren’t being enforced. This just added to the frustration – why should workers join a union that’s seemingly powerless to address their issues on the job?

It became clear that if we wanted to improve conditions, we had to strengthen the existing membership. A rag-tag group of organizers and shop stewards met weekly to make plans to get more of our co-workers to join, to learn their contract, and to strengthen its enforcement. At first we struggled a lot, but once we really started to dig into how contract violations were affecting our co-workers’ lives, we began to see things start to turn around. We focused on finding issues that met certain conditions: widely and deeply felt by workers, and winnable within the confines of the contracts. Membership grew and the overall belief in the union got stronger. At my particular restaurant, we went from below 30% membership to over 70%. 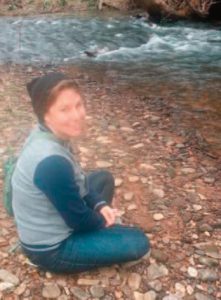 This story may seem small or insignificant, given the big picture of low wages and the ever-increasing power of corporations in this country. The labor movement is in serious danger.  Union membership has declined steadily in the last 30 years—in 2016, only 10.7% of all U.S. workers belonged to unions.  In the private sector alone, only 6.4% were union members. Things are bad, and given the regime of 45, they are only going to get worse. Unions are already slashing their budgets in anticipation of how hostile this administration is going to get. But being a person of faith, I look to my organizing stories to remind myself that even as corporate greed consolidates its power, Spirit is coming alive in the people to resist. My co-workers in Indiana won union recognition just a few months after the state passed Right-to-Work legislation. In Georgia, we were able to inspire hope in a workplace that felt very hopeless. I have very serious fears about what is going to happen to many targeted groups of people under this administration, especially poor people, people of color, and immigrants. But my faith compels me to believe that we have to organize, anyway. I believe that we have to actualize our faith by forming coalitions that will protect one another—be they unions, cooperatives, mutual aid networks, or sanctuary networks. We have to build communities of resistance and love that are stronger than the political powers that oppress us.

Annie worked to build the labor movement as a rank-and-file union member in Indiana and Georgia from
2012-2015. She has also supported racial justice work. She will be starting this fall at Eden Theological
Seminary in St. Louis and loves living at the intersection of faith and social justice.