The topic of the annual 2017 Prout Convention was “Global Threats and Progressive Responses: Coordinated Cooperation in the Fight Against Inequality, Misinformation and Exclusion”. A Sisters’ Retreat and debrief/action plan Prout meetings were also held before and after the main event. Guiding the theme of the events was the quote by P.R. Sarkar:

Before the convention over 30 women from many different countries attended the Sisters’ Retreat, “We are the Change”. We discussed ways women are discredited and silenced, including being interrupted more often than men, use of gender-biased language, and  women being contradicted when relaying data or our own experience (sometimes referred to as ‘mansplaining’. We brainstormed remedies, including speaking out more and utilizing the technique called “amplification” in which women repeat what a woman has just said in a mixed gender gathering if we feel it hasn’t been heard. We resolved to be courageous in telling our experiences to one another and to brothers and to ask for coordinated cooperation and support in the form of understanding, deep listening and  reflection of what we just said to determine if we were fully heard. We also resolved to promote full gender equality in the ratio of male and female speakers, facilitators and organizers at organizational events through a comprehensive Gender -Equity Policy that addressed unintended bias at previous Prout conferences and conventions. Some advantages of having a Gender policy are:

At the Prout Convention sisters led workshops addressing bias and inequality. One of my favorites was how brothers can recognize their own bias and privilege, led by Sadhana who is also a Nonviolent Communication facilitator.

From the first day of the Prout Convention particular emphasis was placed on the Cooperative Duty Groups that each participant signed up for at registration. Duties included food preparation, cleaning, childcare and my choice: “Bliss Bouncer”, or program monitor.

The Workshop and Activity Program included: “Undoing Patriarchy and Capitalism”, “Exploring the Role of Gender Balance in Social Change”, “The Emergence of the Female Leader: Implications for Prout”,  and Resistance to Right Wing Extremism and Global Fascist Politics.

Dada Madhuvidyananda shared the hope of the German Proutist political party, Menschliche Welt, a first in Europe, in his workshop: “How We Can Combat Global Threats by Contesting and Winning Elections”. We also heard about efforts in Romania, Greece, Egypt and India involving women, children, refugees and Prout initiatives. The Hats for Haiti Ananda Arts Women’s Fiber Arts Collective displayed work of women united in self-sustainability efforts from Port- au- Prince and Denver, Colorado.

Presentations on Prout projects in Europe included the Ananda Kalyani Master Unit in Portugal which includes the Proutist PRIP Institute, agricultural pursuits, the Ananda Mela music and art festival, retreats, inviting political figures, cooperative garden and community-supported events. Denmark has both the jagrti in Copenhagen and the Master Unit in Vig with its bakery and farm: the goal is to become an eco village. Ananda Gaorii works with the European Union to bring workers from countries around the world to live, work, and study at their model project.

After the convention we had four days of meetings to discuss how to propagate Prout globally. We created cooperative groups including policy, finance, events, education, literature, public relations, working model projects, samaja, training, digital and social media. Participants of each group agreed to continue to meet by global conference calls, using virtual meeting boards and try to recruit others when we returned home. We came up with three- year and five- year plans. Since then a new Wikipedia article on Prout has been created and the creation of a mission statement and a podcast are in the works. The Training Team is developing a three-level Prout Study Circle Guide. 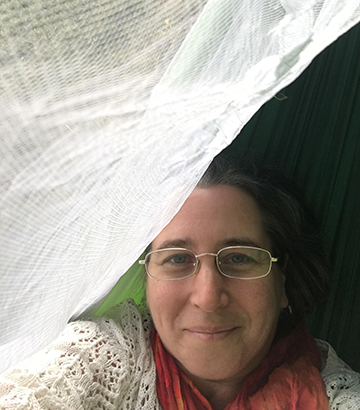 Katherine Donnelly heads Hats for Haiti Ananda Arts Fiber Arts Cooperative – a collective of women, children and men in Denver and Port-au-Prince. Members in the USA collect yarn, crochet hooks, knitting needles and sell handmade items with 100% of proceeds going to orphanages in Haiti. Raw materials are also delivered to Haiti and at-risk locals are taught fiber arts and how to make yarn from plastic bags and t-shirts with the goal of becoming fully self-supporting.