Home news #Me, Too!: The Silence Breakers are Transforming Rape Culture

#Me, Too!: The Silence Breakers are Transforming Rape Culture 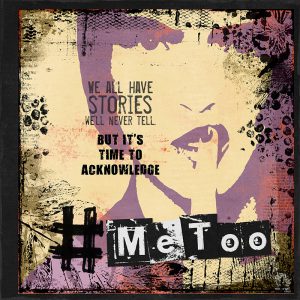 Time magazine’s  2017 person of the year is not an individual, but a movement—the “Silence Breakers”. In the past couple of months, thousands of women have spoken up, igniting a social maelstrom around sexual harassment and assault. These women, some famous and many not, have come forward  to tell their stories of sexual harassment and abuse by prominent men in the entertainment and media industries, in government and other professions over a considerable time period.

This flood tide began with dozens of accusations of sexual harassment, assault, and rape against Hollywood mogul Harvey Weinstein, who is now under criminal investigation. After investigations by The New York Times and The New Yorker, women across the country and the world are now coming forward with their own stories, involving many different men, under the hashtag, “#MeToo”.

Yet if not for Trump’s electoral triumph, the current #MeToo phenomenon might never have occurred. Activist Tarana Burke, one of Time‘s “Silence Breakers,” originated the #MeToo hashtag ten years ago. She has described this as the “Trump Effect,” the outrage after the “Access Hollywood” tape in which Trump claimed that due to being a celebrity, he could grope women as he pleased. This helped inspire between three to five million women and men to join the Women’s March in January the day after the inauguration, and also stirred women like Ashley Judd and Rose McGowan to speak out on the record against other alleged predators (Blake, Meredith, Dec. 7, 2017).

Let’s not forget that President Trump has been accused by no less than sixteen women of sexual misconduct. He has denied these claims, and has yet to acknowledge or apologize to his accusers. According to a new Qunnipiac Poll, 70 percent of Americans believe that Trump should be investigated for the sexual harassment claims against him (Burstyn, Linda, Dec. 7, 2017).

We had a similar upsurgence when Anita Hill revealed sexual harassment by Clarence Thomas in 1991. However, she was mainly discounted and not believed, with Thomas ascending to the Supreme Court, despite Hill’s revelations about him. She had rocks thrown through her window, death threats, and her funding source put in jeopardy. Hill’s experience sent a chilling message to women in Washington, D.C., and the nation as a whole: If women dared expose the predations of powerful men, they would pay a stiff personal price.

We are witnessing the dam breaking again, and no one is going to be able to stick a finger in the dam this time to hold back this riptide of revelations pouring from the too-long- silenced throats of thousands of women.

Women are often blamed for being victimized. Even recently a really smart woman I know asked me what these women were doing to encourage the abuse. What were they wearing? Were they flirting with these powerful men? We need to reframe the issue; the questions need to be about the male abusers, not the women victims. Why do men think they have a right to make unwanted advances? Why do men gain status for sexual conquests? Women who want to speak up are often silenced by their own fear of workplace and personal retaliation and by families who don’t want the shame and notoriety.

Why is the public taking the stories of the women seriously now—those who are accusing the media moguls, the members of Congress, the sports figures, the priests, teachers, symphony conductors, bosses of domestic workers, farm worker supervisors, soldiers, inmates…?  What has changed in society that allows women’s voices to be heard and believed?

Prominent women’s rights attorney, Gloria Allred, who is representing women in the Cosby and Weinstein court cases, says, “The more women speak out, the more other women want to speak out” (Blair, Elizabeth, Oct. 27, 2017).There is safety in numbers.

Jackson Katz is an American educator, filmmaker, and author who has created a gender violence prevention and education program, “Mentors in Violence Prevention”, which is used by the U.S. military and various sporting organizations. In a bold, honest Ted Talk Katz points out that these are really men’s issues.

Katz explains how these gender violent behaviors are tied to definitions of manhood, asking how we can change the socialization of boys that leads to current outcomes of rampant violence against women. He says that gender violence issues are not women’s issues that some good men help out with. These are actually men’s issues. Calling gender violence a women’s issue gives men an excuse not to pay attention.

Ultimately, the issue is not about getting rid of a few bad apples in positions of power. The need is to change the culture of hyper masculinity itself so that men no longer even desire to gain status and power in the eyes of other men by being a sexual predator.

We need to ask ourselves what we are doing in our society. What is the role of institutions in producing abusive men, in perpetuating this rape culture?  How do religious belief systems, pornography culture, sports culture, family structure, race and ethnicity, economics, and class interplay in perpetuating systemic rape culture?

How can we transform this culture? How can we change the socialization of boys and definition of manhood that leads to this outcome of their adopting role models of hypermasculine men who take what they want, and gain status by their conquests of women and aggression toward those women to prove their manhood?

Katz has a program called the “Bystander Approach”. Bystanders are anyone who is not the victim or perpetrator in a dyad of abuse. He urges especially men of power to challenge sexist behaviors of other men. For example, if someone tells a sexist or racist joke, the bystander would challenge the joke teller. Katz trains people to interrupt the sexist behaviors, and challenge them, creating a climate where sexist behavior will cause men to lose status. Of course, a bystander would interrupt any behavior they witness which demeans women, e.g., catcalling, putdowns, keeping women out of positions of power, and any form of discrimination and domination.

He urges men to stand with women in creating this paradigm shift for gender equality. Men can say things that women will not be heard if we say, e.g., Bill Cosby’s sexual predator behavior was exposed by a male comedian, after women had been talking about it for decades. Women are sometimes accused of being anti-male when we speak out against sexist violence.

Going forward, I urge men and women to work together to begin the transformation that must happen so that future generations will look forward to a healthier, safer world based on free, loving, supportive relationships between women and men. Let’s all become active bystanders against sexual violence. Let’s work together to create a paradigm that ends the tide of sexist violence and transforms rape culture into an egalitarian culture which supports all to attain their true potential as human beings. 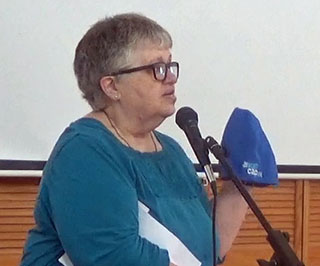 Mirra Price, a retired English teacher, is a writer, editor, copyeditor and activist. She has promoted many social justice causes, including women’s rights and gender equality, since the 1960s. A member of Prout (Progressive Utilization Theory), for several decades, she has given workshops and classes on social justice issues and neo-humanist education. www.mirraedits.com, womenproutists@gmail.com.