Organizing As Spiritual Practice, a New Column By Anna Girresch

It would appear that I should fill this column with a triumphal story of hope in the midst of despair…that I should chronicle some progressive strategy to win, offer you some morsel of something to believe in when it seems that we are losing so much.  I’m not sure if I can do that for you.  My dear friends, we are one year into the presidency of 45, and death is all around us.

Many have believed white supremacy has been dead for fifty years.  All too many people of color told us that it wasn’t—that it had simply been re-packaged and re-sold to America as the War on Drugs, as “tough on crime,” as the New Jim Crow.  It wasn’t until Ferguson, November 2016, or perhaps Charlottesville, August, 2017, that White America saw the veil ripped away and realized that racism is alive and well.  The spike in hate crimes, the repeal of DACA (Deferred Action for Child Arrivals), the smattering of “religious liberty” laws that make it illegal to be LGBTQ, mass shootings, the attempts to take away our healthcare, and the normalizing of rape culture—it’s enough to make anyone sick and depressed.  Death is all around us.  Deaths of bodies: black, brown, poor, immigrant, Trans, and queer.  But beyond the deaths of our bodies, it seems that our very society is on the verge of collapse.

So how are we to live?  As I look around in my community, I see a variety of responses.  Some of my friends are in full blown survivalist mode.  They stockpile supplies and learn valuable skills like homeopathic medicine, urban agriculture, and self-defense.  My more moderate friends are living with a healthy dose of denial, avoiding news outlets and trying to keep up hope that impeachment will come sooner or later.  And then there are the activists and the organizers: rising to the surface of their cynicism, breathing life into resistance with street activism and strategic campaigns. 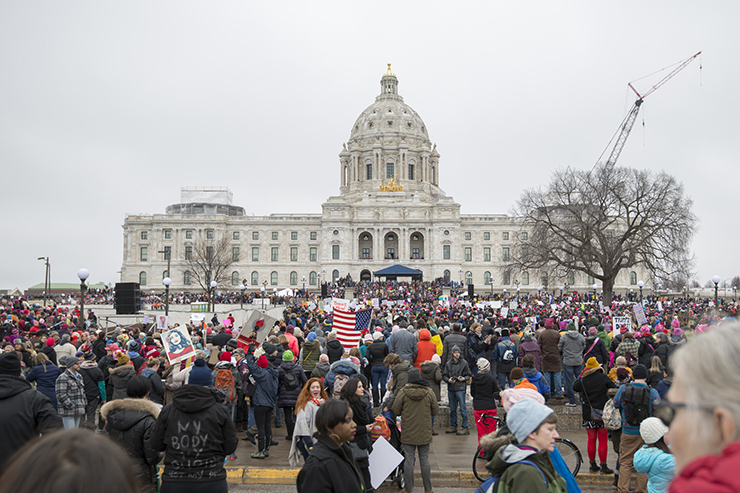 I keep coming back to my spiritual practice.  Something about November, 2016 caused a profound deepening in my spirit—something in me clicked.  I became much more prayerful, much less concerned with what I “should” be doing with my life, and much more concerned with my soul’s purpose.  Some deep bunker of knowing within me called out and said, “We cannot think our way out of this.”  Many of our spiritual and religious traditions beautifully teach us that the Divine cannot be understood without the mess of human life, death, and suffering.  We feel that the Sacred is made manifest in our hearts and bodies when we open ourselves to divine healing, and it is made manifest in the world when we act for social, economic, and political liberation.  This is at the heart of yoga and PROUT: the healing of our bodies and the healing of our world.

We often think of activism and organizing as something that is separate from our spiritual practice.  We separate the two: meditation is how I reconnect with Spirit, and activism is how I do the work of Spirit in the world.  What I’m starting to realize in my own journey is that there is a dynamic relationship between them: though I need time for solitude, prayer, and reflection, my spiritual practice is incomplete without my organizing.  Each one informs the other.

Any community organizer worth their weight will tell you that the most basic building block for a movement is self-interest.  The delicate art and slight science of organizing’s most elemental unit is the story of self.  Who am I, and who is my family?  How have I been wounded? What is my stake in the game?  We cannot build a committee, an organization, a campaign, or a movement without tapping into this raw intersection of the personal and the political.  We cannot resist until we have identified how these massive systems of death and destruction have wounded us in our own bodies.  Breaking this silence and sharing our stories with each other is the first step. 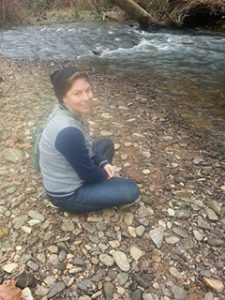 Annie worked to build the labor movement as a rank-and-file union member in Indiana and Georgia from 2012-2015. She has also supported racial justice work. She has just started this fall at Eden Theological Seminary in St. Louis and loves living at the intersection of faith and social justice.