The Dusky Sky is Heavy

The dusky sky is heavy this evening and the humidity is almost as high as the temperature; it’s July in the Midwest.  As the hornets buzzed nearby I thought, “What if I get stung and my throat closes up?”

But I knew I wasn’t allergic. Sure, I got stung occasionally over the years, and the sting swelled and turned pink, but I could breathe and even complain about it later.

An ant bite, a wasp, bee or hornet sting can kill someone who is allergic. The tongue swells, the throat constricts and there’s a feeling of suffocation. It’s dangerous. That’s why a bee allergy is called life threatening.

Not so with harassment, specifically sexual harassment. It can be subtle, inconspicuous, quiet and insidious. Sexist jokes, sexual innuendos about a woman’s body, the clothing she is wearing, unwanted hugging, touching, and the feeling of being stared at and watched are all examples of sexual harassment. It’s secretive, hiding in the corners of the minds of perfectly responsible people. They are not necessarily perverts. Sometimes they don’t know how to behave. But that doesn’t excuse them.

Here is the part of the definition that fits my experience: “unwanted personal attention, ‘unwanted sexual statements’, and “unwanted physical or sexual advances.”

It doesn’t have to be touching. Verbal sexual harassment is equally harmful. If someone touched me, at least I would have an excuse to smack him.  When it’s only words, it’s sneaky and demeaning, but sometimes hard to prove. This happened to me several times over the 6o-plus years of my life, starting when I was a teenager, and then when I was in college and later on, at work. Sometimes I reported it, sometimes I didn’t. I grew more aware, acquired more wisdom over the years and empowered myself enough to speak up by the time I was 40 years old. I am the mother of two girls, and I wanted to make sure I taught them about sexual harassment, and how to deal with it. I needed to be the example for them, whether they knew it or not. My own integrity demanded it. I have learned to stand up for what is right, not just what is right for me.

This summer, at a week-long program I attended, I encountered sexual harassment once again. I spoke up about it, and relayed the information to the people in charge. But here’s the interesting part.

This organization has been important to me; I have been attending their programs for many years. Many of us have known each other since we were in our 20s and have formed lasting friendships. I didn’t know the name of the man who was harassing me, but when I identified him, I was surprised by the response from my fellow group members.

Hmmm…was this food for thought or was it an outright dismissal of my experience? I did think about it, for about five minutes. And I realized very quickly, within that short space of time, that what happened to me was not going to be ignored or devalued; it mattered, and the man who was responsible for this sexual harassment needed to take responsibility for what he said to me. It shouldn’t happen, and it shouldn’t be repeated for another woman to suffer through it.

We all have to take responsibility for our mistakes and be courageous to speak up for ourselves. We cannot let our throats close up. Then we would suffocate.

Feldblum, Chai R.  & Victoria A. Lipnic. “Report of Co-Chairs, Select Task Force on the Study of Harassment in the Workplace”, EEOC, June, 2016. https://www.eeoc.gov/eeoc/task_force/harassment/report.cfm

Nydia Barone-Labensart is a writer, yoga instructor and retired English teacher. She has taught writing to sixth and seventh graders for over 20 years. Her writing has been published in The Sun Literary Magazine and the RAWA newsletter. 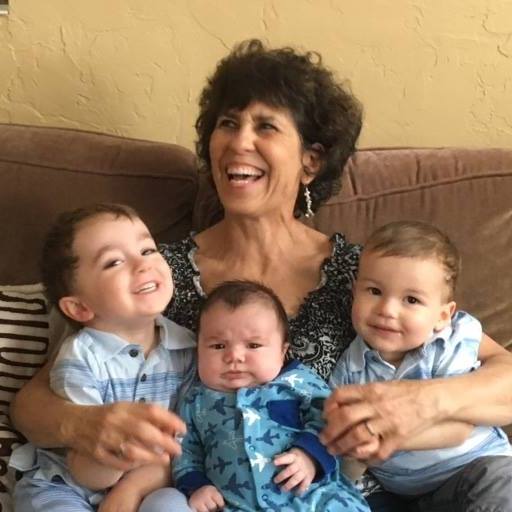