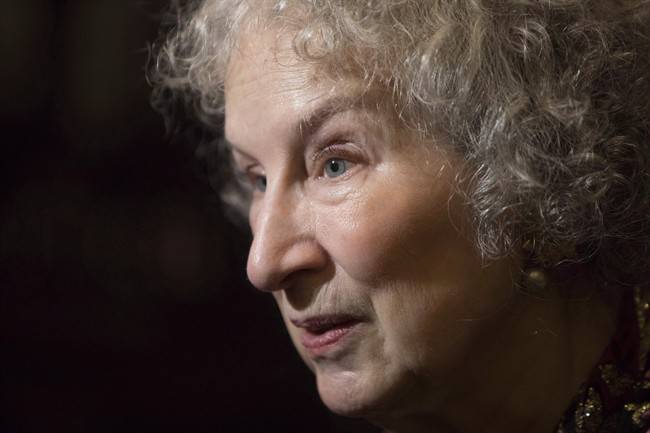 by Mirra B. Price

It was a bit of a shock to see that some have been calling Margaret Atwood, Canadian Golden Globe winning author of  “The Handmaid’s Tale’, a “bad feminist”. Apparently, she wrote an op-ed for The Globe and Mail in which she addressed criticism for signing a letter of support for writer Steven Galloway, who has been accused by multiple students of sexual harassment and assault.

In her op-ed, Atwood compares the firing of this professor to the Salem Witch Trial. She drew heat from feminists because they took this comparison to mean that Atwood was accusing the women who have come forward with their #Me,Too stories against Galloway to the girls in the Salem Witch Trials, who, hysterically, accused women of being witches.

Atwood asserts that she was referring instead to the structure—guilty because accused. She said:

Her issue seems to be that the University of British Columbia fired Professor Galloway without an investigation into the charges of sexual misconduct lodged against him. Apparently, the university forced him to sign a non-disclosure agreement, so he wasn’t allowed to defend himself when some possibly untruthful allegations were lodged against him publicly.

The #MeToo movement is a symptom of a broken legal system. All too frequently, women and other sexual-abuse complainants couldn’t get a fair hearing through institutions – including corporate structures – so they used a new tool: the Internet.

Several prominent authors have removed their names from a list of those who wish there to be an inquiry into the firing of Steven Galloway. Atwood’s name remains.

Personally, I don’t wish to sit in judgment of Margaret Atwood. I don’t believe that she is advocating not believing the students who have accused Steven Galloway of inappropriate sexual conduct. I think Atwood is standing for affording due process to anyone, male or female, who is accused of a crime. Because so many students corroborated the misconduct, I think that there is probably truth to the allegations. However, I do agree with Atwood, that we are in danger of going too far, if every man who is accused of sexual misconduct, is considered guilty without a fair hearing.

This is a really significant time for women, as so many are finally coming forward, feeling safety in numbers, and telling our #MeToo stories. Let’s not have a war among women about who is guilty and who may not be guilty. Instead, let’s support our sisters who are coming forward, and let’s make certain that we do not rush to a guilty judgment of those accused of sexual misconduct.  We do not need another Salem. We need to fix the legal system so that victims and accused perpetrators have a fair hearing.

I don’t think Margaret Atwood is a bad feminist. I think she, as a visionary author, whose important dystopian novel, The Handmaid’s Tale, has played a crucial role in ushering in this wave of women telling our #Metoo stories publicly. Atwood  is, however,  cautioning us against vengeance and inhumanity. We all need one another. We are all one.

#me too campaign #metoo #feminist #badfeminist