Home WP Blog “The Pentagon Papers”, “The Post”, and Capitalism

by Mirra B. Price 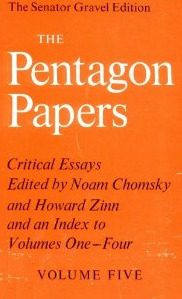 After seeing the new movie, “The Post”, I was stunned by the story of Washington Post owner,  Katharine Graham’s heroism in publishing The Pentagon Papers, a top secret Department of Defense report on America’s involvement in Vietnam from 1945 to 1967, commissioned by Secretary of Defense Robert McNamara. The report exposed government deception about the scope, goals and progress of the increasingly unpopular war. The New York Times had obtained the incriminating papers from Daniel Ellsberg, a former Defense Department analyst turned antiwar activist who had smuggled them out of the pentagon. https://www.biography.com/news/true-story-behind-the-post-movie-washington-post-pentagon-papers

After the Times obtained the papers and published them,  the Nixon administration got a court injunction to  bar further publication of the document, on the guise of protecting government secrets; however, since they only covered the presidencies of Reagan, Kennedy, and Johnson, Nixon’s rationale for wanting to block their publication was probably more that the papers would be used by a growing number of anti-war activists to smear him and  bring down his presidency. https://millercenter.org/the-presidency/educational-resources/first-domino-nixon-and-the-pentagon-papers

It was at this point that the Post got the papers and planned to publish them.  For Katherine Graham, Post publisher, it was a risky decision on several levels. She was at this time taking the Post public, and her investors could pull out, tanking the company. She could also go to jail for publishing classified information. Another consideration for her was the fact that Robert McNamara, the commissioner of the study, was a close personal friend, whose friendship put her in a bind.

Graham was getting ignored, talked over, and bullied by her CEO and bankers who were backers of her paper. She was a lone woman in a sea of white male good ol’ boys. Her board told her that investors were nervous because she was a woman, and presumably, not as capable of leading a major media organization.

The Pentagon Papers’ publication sparked a nationwide uproar, uniting the powerful antiwar movement and damaging the credibility of America’s Cold War Era foreign policy. It also triggered a decisive ideological and legal battle over the freedom of the press to disclose “classified” information and the public’s right to know about its government’s activities. 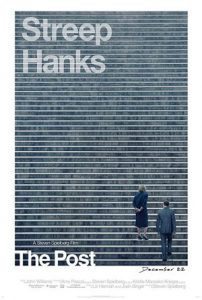 The 1971 landmark Supreme Court case, New York Times Co. vs. United States, decided several weeks later, upheld the right of The New York Times and other newspapers to disclose information contained in the report under the First Amendment. Yes, Graham’s willingness to run stories based on the Pentagon Papers — in the face of a court injunction against the New York Times for first publishing excerpts days before – was courageous. Most importantly, the eventual Supreme Court ruling in New York Times Co. vs. United States was a landmark in establishing that the First Amendment means what it says—freedom of the press.

The Washington Post did opt to continue publishing the Pentagon Papers; not only did it manage to survive the government’s attack on its First Amendment freedoms, but it would go on to break the story of the Watergate scandal just a few years later. It accomplished both of these feats under the reign of Graham and executive editor Ben Bradlee.  From Spielberg’s “The Post,”  I gained a renewed awareness of how close the government, in its efforts to minimize freedom of the press, might have come to completely suppressing news of the Watergate scandal.

It is perhaps no coincidence, given the current political climate, that Spielberg has chosen to revisit the conflict between the government and the press that took place in the moment right before Watergate, which remains the pinnacle of journalism speaking truth to power. The story detailed in The Post may not be as famous as Watergate or the classic film about Watergate, “All the Presidents’ Men”; however, it captures a crucial moment in speaking truth to power and against institutional sexism.

Unfortunately, especially since Warren Buffet’s becoming an investor in 2000 and with the sale of The Post to billionaire Jeff Bezos, Amazon CEO, in 2003, the paper’s muckraking reputation has been sullied.

Post-Pentagon Papers and post-Watergate, it also became clear that Graham and Bradlee would not keep up this public champion journalist stance. In a 1988 speech at the CIA, Graham portrayed herself as a responsible member of the U.S. establishment who could be trusted not to publish too much information to the public. “We live in a dirty and dangerous world,” Graham said. “There are some things the general public does not need to know, and shouldn’t. I believe democracy flourishes when the government can take legitimate steps to keep its secrets and when the press can decide whether to print what it knows.” https://theintercept.com/2017/12/22/the-real-drama-in-the-post-isnt-about-journalism-vs-the-government-its-about-journalism-vs-capitalism/

Graham was also accused of choosing not to print an article in the 1980s revealing that anti-Sandinista money from the CIA was being funneled through Nicaragua’s Catholic Church because then-Secretary-of-State Henry Kissinger was her house guest at the time. Apparently, in this later era, she decided she had to  protect powerful friends who were Washington insiders, the same men that she chose not to protect when she broke the Pentagon Papers story, which was commissioned by her good friend, Robert McNamara.  https://theintercept.com/2017/12/22/the-real-drama-in-the-post-isnt-about-journalism-vs-the-government-its-about-journalism-vs-capitalism/

Ben Bradlee later left the Post’s board because he refused to have his salary revealed to his employees.

Katharine Graham could stand up to the government and to institutional sexism, but in the end her newspaper could not stand up to the force of capitalism. That is a fight that remains for us all to take on.