Cooperative Leadership: What Makes for an Effective Leader?

Leadership development can be thought of in two ways: competency vs. behavior. The competency-based approach might mean ‘fixing up’ the boss who does not have so great problem solving abilities, communication skills, and relationship management skills. But attending a communication course alone rarely makes someone a better leader. What is often required is a change in mindset. What goes on inside of you, manifests outside of you.

Many of the leadership effectiveness models instead assess leaders based on two key axes. One axis has a task vs. relationship focus. A leader who is too task-focused risks becoming the subject of Bob Sutton’s book, The No Asshole Rule. For example, s/he may be a bossy dominating, perfectionist, argumentative person who doesn’t consider the people around them. On the other hand, a leader who focuses too much on relationship at the expense of the task may become ‘spineless’. Such a leader is too scared to make a hard decision for fear of losing the relationship, running away from conflict and being steam-rolled. The ideal is to have a balance of task and relationship: Through healthy relationships you can achieve the task.

The second axis in many leadership effectiveness models is related to defensive vs. assertive mindset, or as Robert Anderson and William Adams call it in their book, Mastering Leadership, playing-not-to-lose vs. playing-to-win. In the playing to win game, we ‘play’ life as though there is nothing to win or lose. When we are playing to not lose, we don’t focus on winning, rather just not losing. Adams and Anderson explain that this deeper mindset is like an operating system on a computer. Upgrading the operating system makes all the software (i.e., leadership competencies) run better.

Playing defensively only gets you so far, but playing with your full passion and heart means that you can transcend the patterns that otherwise bind you to the same old outcome. For example, there  is the leader who makes sure that there is always cake and takes good care of people, but doesn’t have the courage to stand up to an employee who is taking advantage of their good nature. Likewise, there is the leader who is always critical about every suggestion rather than being open to new ideas, or one who doesn’t trust people’s motivations and so dominates rather than empowers others to make decisions.

However, playing to win, or an assertive mindset is not easy to do. It involves letting go of fear and fear is often deep rooted. In my personal experience, letting go of fear is an act of surrender and trust. It’s something that takes practice; it operates on a deeply emotional level and thus requires good emotional awareness. It’s hard to rationalize your way out of fear; you have to feel your way out of it, usually with the help of good emotional hygiene and the application of an emotion that removes fear, such as love. For example, when you really love and care for the people you are leading, then you want them to feel empowered and you will help them develop themselves through methods such as giving them more decision making power. This is not to say that you hand over a very significant decision to someone who is not ready for it, but rather that you really consider if you are holding on too tightly out of fear and thus preventing people from growing.

Thus, leadership effectiveness combines focus on task, relationship, and the ‘operating mindset’ we are using. A defensive mindset keeps us locked up in our patterns of behavior, but ‘playing to win’ opens us up to new possibilities and reaching greater heights.

Sutton, Bob, The No Asshole Rule 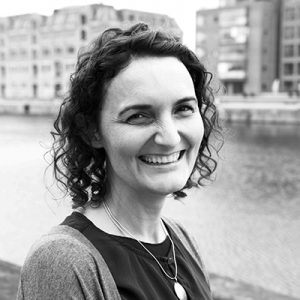