Home Latest Posts Do Men Need to be Feminists?

Do Men Need to be Feminists?

That’s a funny question for anyone who is a progressive thinker. It’s like asking, why should all people have equal rights?

It’s happening everywhere. The workplace, social settings, clubs, on the street and in homes everywhere. Women are paid less than men for the same job; women are still the main caretakers in families with children. On an average day, 67 percent of men do some housework compared with 85 percent of women (Rennison, 2002).

Single women shoulder the burden of financial stability for their children and many women are still either harassed or ignored when they have something to say. It’s not only women who are abused or harassed, but that’s the majority of cases. Ninety-one% of the victims of rape and sexual assault are female, and nine% are male (Filipovic, 2016).

Most of the men I know believe in respect, generosity and compassion for all beings, plants, animals and of course, fellow human beings. Many men today are feminists in their own right. The challenge is how to put that belief into action. It’s still a work in progress. We thank the women who have spoken up about injustice of various kinds and they continue to make their voices heard.

Now it comes to the men.  We are hearing the phrase, “speak truth to power”. We know that it means standing up for what you believe in. It’s time for our feminist brothers to do the same.

Sexism is in the fabric of our culture. In all of our American history, white males are   the dominant group. We all forget sometimes to be conscious of what we say and how we behave. Men need to wake up to the subtle things they say and the subtle things they don’t say. A change in attitude is the beginning; behavior is the way forward. Stand up for a woman when you hear someone (male or female) telling sexist jokes, discuss equal opportunities in the workplace;  listen to a woman if she feels that she has not been treated with respect. Develop compassion and nurturing in your own children, both girls and boys. Set an example of respect for one another. Maybe a better name for the movement should be ‘personism’.

We are headed for a great future where both wings of the bird will be equally strong in order for it to fly. 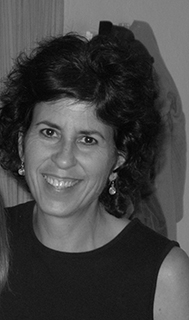 Nydia Barone-Labensart is a writer, yoga instructor and retired English teacher. She has taught writing to sixth and seventh graders for over 20 years. Her writing has been published in The Sun Literary Magazine and the RAWA newsletter.