The German philosopher Theodor Adorno coined the term ‘pseudo-culture’ in a 1959 essay “Theory of Pseudo Culture”. He explains that the existent “crisis in culture” cannot be solved by more education; rather, he concludes that the decline in culture is a product of culture itself:

What has become of culture, now deposited as a kind of negative objective spirit … can be deduced from the laws of social movement, even from the concept of culture itself. Culture has become socialized pseudo-culture – the omnipresence of alienated spirit (T. Adorno, “Theory of Pseudo-Culture”, p. 16.)

A lack of true culture is not the problem; instead, pseudo-culture develops out of the very attempt to make culture independent from its historical roots. When that happens it reduces culture into its pseudo opposite: “Any culture…which posits itself autonomously and absolutizes itself, has thereby become pseudo-culture.” (T. Adorno, p. 17). Pseudo-culture and culture are locked in an intimate yin-yang relationship.

Indeed, capitalist consumerism is the main perpetrator and beneficiary of pseudo-culture. Capitalists exploit culture, instantly transforming it into ubiquitous pseudo-culture.  What could be a better example than “Open a Coke, open happiness”? Villagers in remote places may not have enough food, or may have to walk 20 kilometers daily for water, yet everyone drinks Coca Cola…. and knows the latest slogan.

We are so immersed in pseudo-culture that it’s difficult to extricate ourselves from it. Pseudo-culture will have us all with same value system – as least as far as our consumer preferences. We may be out protesting in the streets against -or for- guns, mass murderers, global warming, or the latest political scandal, but we’ll all be wearing this 2018 season’s Rose Violet, Coral Blush and Azure Blue garments. It can hardly be avoided because those colors will be the only ones in the stores this year.

Facebook is perhaps the ultimate in pseudo-culture. It started off with a grand idea—to be connected online with your friends. For the most part, it quickly became the ultimate in pseudo relationships, turning your private life into consumer fodder. Facebook’s debacle with regards to its complicity in the Russian manipulation of the USA 2016 elections, really opened a lot of eyes to how deep a hole we’ve slid into.

Is there a way out? At this point, this writer thinks at this time in this era, there’s no way out completely. Turn off your phone? Stop using your credit card? Shut down your internet provider? Not many can do this. Still, one must fight against it at every step. Becoming aware, becoming active in fighting the causes of exploitation and sharing that awareness with others is probably the only practical solution. 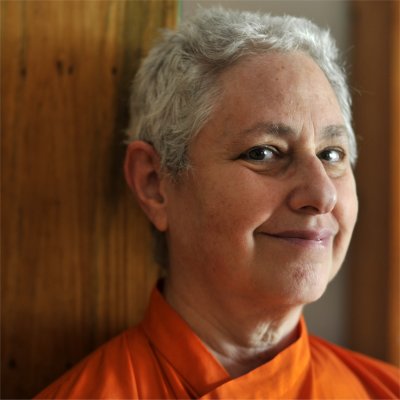 Didi Ananda Ruchira has been s a yoga and meditation teacher for more than 40 years. She is also the Director of Abha Light Foundation www.abhalight.org, and the former founding chairperson of the Kenyan Society of Homeopaths.