We all would like to think that we’re in control of all of our perceptions and our decisions. The suggestion that we may have been manipulated into buying something, whether it’s clothing or political rhetoric, is repugnant.

Yet it happens all the time. Why? Because as human beings, we have strong emotions that shape our perceptions and influence our opinions. According to cognitive linguist George Lakoff most thought lies below the level of consciousness.  He argues that our political decisions are not rational, but are filtered through unconscious metaphors that shape our thinking about everything from how children should be raised to how nature should be regarded to how the government should be run.

Framing and the use of metaphor is necessary to say what you believe. It is a false idea that reason is conscious, universal, logical, literal, and unemotional. We think that if we merely provide the facts and figures on any issue, that people will grasp our meaning and will reason to the right conclusion.  According to Lakoff, this is not accurate for the following reasons:

The media frames the debate, using the same terms so that people can understand the two positions. The Republican frame sounds coherent and consistent. By negating that frame, the Democrats activate it, empowering the Republican terms, ‘national interests’ ‘information’, and ’winnable’ (even if it is ’unwinnable’). Calling The War on Terror an ‘invasion’ and an ‘occupation’ gives a much different image, because an invasion sounds criminal and an occupation does not sound ‘winnable’. This terminology (our public ‘interests’ and ‘best information available’ although from unreliable intelligence) wedded 9-11 terrorism with the Hussein regime in Iraq in the mind of the American public. The United States began waging war on Iraq in 2003, finally toppling the regime of Sadam Hussein in 2011.

Frames are in your brain. Once frames are there, you cannot erase them. All you can do is create alternative framing or to add to the frame, like making fun of it.

In the United States, unlike most other societies, many working class people are conservative and vote for conservative candidates and conservative causes. This happens for several reasons. First, because people need meaning and purpose in their lives. They vote based on their moral values. Conservative churches talk about the breakdown and crisis in families and in the country, and say that the cause is selfishness. The Left rarely, if ever, mentions this issue. Conservative churches also offer their members a feeling of belonging and connection.

Capitalism gives people a lot of pain, frustration, and stress in the family, because it makes the majority who are not succeeding feel that it is their own fault. Many people feel it’s their fault if they cannot find a job. Why? Meaningful work is a human right. It is society’s duty to provide an honest, meaningful job with an adequate wage for every person who wants it.

The second way that the Right wins support is that it argues that selfishness in our society arises from “special interest groups”―immigrants, women, LGBTQ, Blacks, Muslims, etc. They claim that if these groups get more rights and more access, working class white people will lose the little that they have. This allows frustrated working class people to shift their sense of self-blame for their lack of success and “not being enough” onto a social problem caused by other groups. It allows people to understand the pain they feel without having to blame themselves.

During the 2016 presidential campaign, Hillary Clinton said, “you could put half of Trump’s supporters into what I call the ‘basket of deplorables’. Right? They’re racist, sexist, homophobic, xenophobic, Islamophobic—you name it.” In this way, she insulted her political opponents. Today many opponents of President Trump say that those who voted for him are stupid or worse. Some on the Left also dismiss all people who are religious as ignorant or just plain stupid. If you insult someone, you will never win that person over to your side.

Conservatives in the United States have spent decades defining their ideas, carefully selecting the language with which to present them, and building the Fox News Network as an infrastructure to communicate them. Conservative advisor Frank Luntz is a master of opinion polls and using focus groups to find out what words resonate with people and sway them. He has advised Republicans to alter their political language in the following ways:

As activists, we want to appeal not just to fellow activists or to a small segment of society; we want to reach everyone with our message. Our words should appeal to both those on the political Left and the political Right.

The bottom line is to frame language in a way that resonates with people and activates internal, subconscious frames. Most of the frames that people hold are embedded in their subconscious. There are some words that trigger positive frames in almost everyone, such as appeals to decency, fair play, safety, security, trust, respect, freedom,  family values, honesty, truth, win-win, love, happiness, belonging, level playing field,  practical, peace of mind, integrity, honor, responsibility, justice, harmony, transparency, hope, prosperity, and change.

Using some of George Lakoff’s ideas as a model, we need to (1) build an effective communication system, (2) communicate our general progressive value system, (3) repeat the truths that reveal what is right about those values, and (4) act with courage to promote the sense of courage, confidence and hope that allows the truth to be meaningful and powerful.

For example, to stop oil drilling in the Arctic, name a single truth: oil companies destroy the planet for their short term profit. Point out that when there are oil spills and pipeline leaks, livelihoods of people in the affected areas are compromised. People’s personal safety is put at jeopardy. Many animals are injured and killed. The government wastes money cleaning up the environmental disaster. These points activate people’s mental frames for safety, security, and financial well-being. This takes the debate to a personal level rather than framing it as an issue for a clean environment, which is much more abstract.

Truths are made meaningful by values, which are wedded to them. Make truths matter. Win with words that resonate by activating already existing frames, by using words that embody moral values, and by respecting each person in your audiences.

Lakoff, George, Don’t Think of an Elephant! Know Your Values and Frame the Debate: The Essential Guide for Progressive, September 2004, Chelsea Green Publishing.

MacFarquhar, Larissa, “Thank you for Not Fighting: Deborah Tannen Wants Us to be Nice”, New York Times, April 5, 1998. 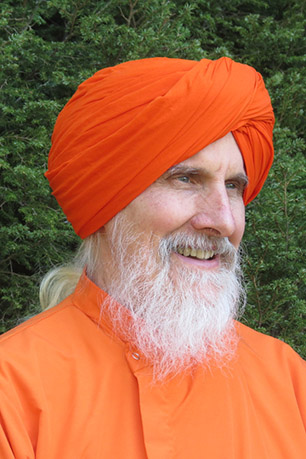 Dada Maheshvaranadna is an activist, writer, and yogic monk. 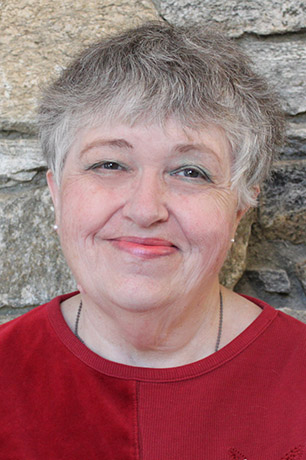 Mirra Price, a retired English teacher, is a writer, editor, copyeditor and activist. A member of Prout (Progressive Utilization Theory), for several decades, she has given workshops and classes on social justice issues and neo-humanist education. www.mirraedits.com, womenproutists@gmail.com.