Home Women Stepping Forward Why Do Some Women Marginalize Other Women?

Why Do Some Women Marginalize Other Women?

Recently I had an upsetting experience in which an organization I had been in a leadership role for nearly a decade, abruptly ousted me from that role for a period of time. When that time period was over, we had a meeting which I thought would be about how I would resume my former duties. Instead, I was asked to help rescue a project which the current group could not pull in on time.I was dumbfounded. When I later asked re: my reinstatement to the board, I was told that there would have to be elections, and I would need to apply. Since I had restarted this organization about ten years ago and had been the key organizer for most of this time, I felt disrespected and cast out for no good reason, except for a conflict with another member, which she has consistently refused to work out.It caused me to think of how my chorus, Womansong, has chosen to deal with conflicts which come up from time to time. We hired a couple of fantastic diversity trainers who gave us workshops and also some reading materials to support our transition to a more inclusive organization. One of those works is White Supremacy Culture by Tema Okun. We identified two of the descriptions of this culture for the chorus to work on together: right to comfort and fear of open conflict.In these two interlocking issues, leaders of a group  look at those who bring up issues as bringing discomfort, which supersedes any willingness to look at the issues the person is bringing to light. It is typical in white culture that we may feel that our own personal needs and egos need to be protected. We may fear the message of the person who brings up the issue. We may want to keep the status quo. 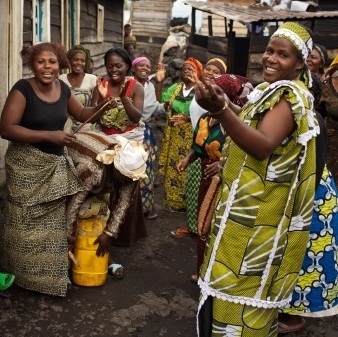 Some antidotes to these damaging attitudes given by Tema Okun are:

*I would add sexism, ageism, and classism as I have experienced all these -isms in this and other organizations, unfortunately.

It is by looking deeply at the conflicts we encounter in our work with others that we, ourselves, grow, and then, as a result of our own personal growth through the conflicts, allow our groups to come out the other side bigger, better, and more inclusive.

Racism, sexism, ageism, and classism are regressive and hold us back. Let’s begin anew to throw off the inertia and stereotypes of the past and embrace the new, ever more beautiful, and accepting attitudes of the future. Diversity is our strength.