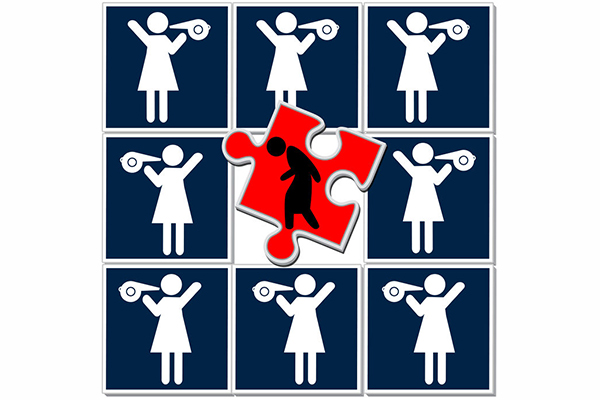 Women discriminate against other women at work

I just went to see “Bombshell” with Charlize Theron as Megyn Kelly and Nicole Kidman as Gretchen Carlson. It was powerful to see how these women brought down serial sexual harasser, Roger Ailes of the Fox News Network.

What struck me the most was the silence of dozens of women who had been subjected to this sordid harassment for years. When Gretchen Carlson first filed her lawsuit against Ailes, she could get no women to support her story and to tell their own stories. Ailes made a concerted campaign to turn Fox staff members against Gretchen, and to plant spies to find out who might be talking about Ailes’ untoward treatment of them.

Enter Megyn Kelly, who was trying to balance keeping her prestigious position as a Fox News Anchor with joining Carlson’s lawsuit. Finally, after some months passed, during which time Kelly was attacked by Presidential hopeful, Donald Trump, for her searing questioning during the Republican debates, Kelly began to come down off the fence. She became the 23rd woman to join the lawsuit against Ailes, which ultimately led to Ailes’ firing from Fox News. A big victory for women!  One of the first such victories in this #MeToo Era.

What I started wondering about is why women today in many situations, have little loyalty and feelings of camaraderie with other women. In “Why Women (Sometimes) Don’t Help Other Women” in the June 23, 2016 issue of The Atlantic, Marianne Cooper conjectures that when women are not supportive of other women in the workplace, it’s often a response to sexism by the distancing of themselves from other women. In this way, they will be seen as someone who is toeing the line, and not identifying with women who have lesser status, and therefore, keeping their own tenuous, special high status positions.  (https://www.theatlantic.com/business/archive/2016/06/queen-bee/488144/) Thus, instead of helping other women to climb the ladder of success, successful women may sometimes, buy into the gender discrimination that keeps women down.

I find this concept illuminating, though troubling. I’m from the old school Sisterhood is Powerful (Robin Morgan’s 1970s women’s liberation book) building community with women framework. In all the organizations to which I belong, I work to connect with other women and support them as they usually do with me. I sing in a community chorus, Womansong of Asheville, in which we not only give concerts, we also consider ourselves a village. I organize events for women, sing for equality,  march, and write for our empowerment in a world dominated by good old boys still.

In the 1980s I worked for a greeting card company. One of the other employees started telling off color jokes, which I felt were demeaning to women. Then he started coming over to my work station and touching me. I told him to stop, but he continued this harassment. He treated several other women at this company in this same manner.  When I spoke to some of these women, most of them thought he was cute, and said they weren’t bothered by his unsolicited, inappropriate touching them.

I complained to management, and was fired the next day. They did not want to deal with it. It was easier to fire me, apparently. I ended up filing a sexual harassment lawsuit against this company. I filed with the EEOC and the NLRB and was represented by the Indiana University Women’s Affairs attorney.  The company owner offered to settle with me for $7000, so management must have realized that this harassment was actually happening. Now I wish I had taken the settlement. Instead I continued with the lawsuit. The National Labor Relations Board could not get enough evidence as the women who had seen this harassment, and who had been harassed themselves refused to testify. The Equal Opportunities Commission did not take up the case because of a several years’ backlog of cases.

Later I talked to one of these women who didn’t testify in my case, which turned my case into a “she said, he said” case, which I did not win. She acknowledged the harassment, but she didn’t want to stick her neck out. She feared that she, too might be fired. We didn’t have a union in this plant. I think the other women who were harassed probably had the same resistance.

In the Atlantic article I mentioned earlier, Cooper calls this lack of camaraderie among women,“The Queen Bee Syndrome.” Because  of years of subordination, women who have achieved some success, sometimes feel that in order to keep their positions, it is wise to align with the men at the top in organizations rather than other women, whom they could be helping to rise in their positions. Women sometimes feel a keen sense of competition with other women for a few management positions. It is possible that some women don’t want to support others who may be vying for the same positions in the company. positions that are hard won for women, and in which men are more represented.

What does it take to encourage women to support one another? Many have spoken out with the advent of the #MeToo movement, and several high profile serial abusers have been fired, and some have been put into prison. How can we make work places safe enough for women so we will report harassment, and will support other women who report it?

What is the solution to this knotty problem? All I know to do is to continue to try to build a community of women, maybe more locally this time. It seems easier when there is face-to-face communication. I will work to improve communications, and to make sure that I am open and honest in all my interactions. Join me, sisters. Our unity is our strength.