I’m sending an excerpt on pseudo-culture from this longer podcast on social justice and gender issues. I feel it is relevant in the political climate we are experiencing in this country today. Proutcasts are with Dada Veda who interviews students of the Progressive Utilization Theory (Prout) on current socio-political topics. Please check out the entire podcast: 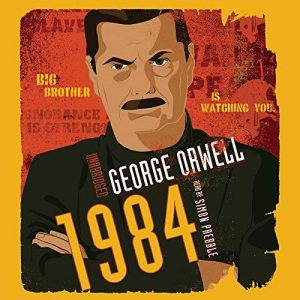 Note: In some ways ‘pseudo-culture’ is similar to George Orwell’s Big Brother in his dystopian novel, 1984. As yet, the government doesn’t control advertising and media programming. However, Sinclair Broadcast Group, a right-leaning, Pro-Trump media giant, is getting closer every day with its insistence on anchors on all its affiliate stations carrying the same content which denounced other networks for “fake news.” Sinclair Anchors Parrot Fake News Copy Big Brother, the omnipresent propaganda vehicle, told the population in the book that freedom is slavery, ignorance is strength, and war is peace. By constant brainwashing, the people accepted these contradictions, and became submissive, giving their power to the totalitarian government in the book. How different is the concept of ‘alternative facts’ that our government is pushing on us? Shall we add to this list: lies are alternative facts?

Pseudo-Culture  Segment of the Interview

“Mirra Price: Pseudo-culture is false culture. “Pseudo” means false. It’s like a superficial culture. If we talk about it worldwide, for example, there are many products that are sold all over the world that are manufactured here in this country. Coca-Cola is the number one seller in the world of any product. They’re selling this product that is sugary, has phosphoric acid in it; it doesn’t really have any nutritional value, but  nationally it is advertised with pseudo-culture is by creating this wonderful, happy feeling with advertising where you see these young, beautiful models drinking coke.

I went to a movie the other day and had to sit through two Coke commercials. It is just everywhere you go, you are being bombarded with these images. The words in the ad are one thing, but pseudo-culture uses the subconscious. These images go deeply into our subconscious minds. For example, when children are with their parents at the grocery store, they will be running down the cereal aisle and saying all these jingles from popular cereals. These jingles and these images are embedded in our subconscious of all this beauty and happiness that we’ll have if we drink this Coke or we eat this cereal. 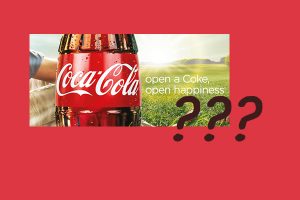 That is what pseudo-culture is all about—creating this false culture that sells products by playing on our baser instincts and by creating artificial needs so we go out and buy things we don’t need. We’ll see an ad for a new car, and we just bought a car last year, but it seems so much better, and we’ll have so much prestige if we buy it. I remember when I was in college they called it ‘keeping up with the Joneses.’ If someone buys a new car, then you have to buy a newer model to prove that you are better, that you are richer. The more material possessions you have, the better person you are. Somehow the two got equated.

Our President portrays himself as being a self-made millionaire; however, the New York Times just ran a story that he inherited millions of dollars from his father and probably didn’t pay proper estate taxes on it. That is how he became rich. Anyway, this façade that he is creating that he is rich, he thinks makes him a better person, at least in this false version of culture that is prevalent. That is the kind of message that pseudo-culture tries to drive home, and it is a powerful tool of capitalism.

Mirra: It’s a good example of pseudo-culture. It’s a façade. It’s false. But people buy into that because of the way it’s promoted by the media.” [Our government, sadly, is a television (un)reality show.]

Conclusion: Pseudo-culture shapes our reality and our world. We get our self images from unreal media projection; adolescents get gender role socialization from the ideal portrayals of femininity and masculinity they are exposed to. Girls learn they are mostly judged  by their beauty and many develop anorexia and bulimia while striving to be like razor-thin models; boys learn toxic masculinity—being tough, dominant, and powerful. This is how gender inequality begins and is constantly reinforced.

While big companies control advertising, in our capitalist system, they also exert a great deal of control over those who run our country. We need to get control of the media and create programming that is educational and uplifting without the dehumanizing ads used to create artificial needs to sell products that we probably can best do without buying.  The next time you see a television ad that prompts you to go out and buy a product, stop and think for a minute if it is your idea or  Big Brother’s.