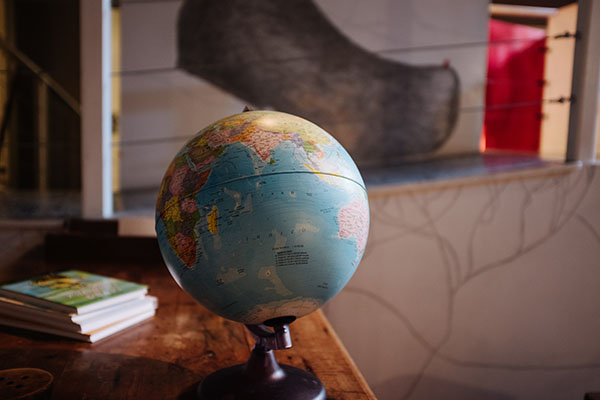 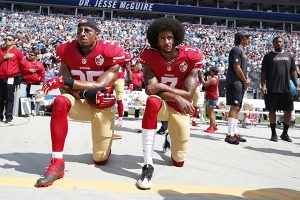 I was pleasantly surprised early Friday morning when I heard my elementary school students reciting “The Pledge to the Earth” instead of “The Pledge of Allegiance.” I thought perhaps my ears were deceiving me, but then I noticed a huge poster propped up on the whiteboard with words to this Earth pledge. It was exciting! When I substitute teach, at the start of each school day, when the pledge is broadcast over the PA system, I do not repeat it. I have been refusing to repeat this patriotic pledge decades before NFL football star, Colin Kaepernick and his ’49ers teammate Eric Reid, starting taking a knee during the National Anthem played at NFL games.

The Pledge of Allegiance

I pledge allegiance to the flag of the United State of America, and to the republic for which it stands, one nation under God, indivisible, with liberty and justice for all. (Francis Bellamy, 1892, socialist minister)

The words, ‘under God’ were added by the direction of President Eisenhower, to counter what he believed was the communist threat. Rev. Bellamy’s daughter objected, but to no avail.

Not saying the Pledge of Allegiance and not standing for the National Anthem is essentially the same issue. I no longer believe that the U.S. government is upholding human values, much as Kaepernick wished to call attention to the racism and police brutality practiced in the U.S., which is inconsistent with values stated in the National Anthem.

I feel a bit apprehensive every time my students watch me as I am silent when I am supposed to be leading them in the “Pledge of Allegiance.” I hope I don’t get reported to any school administration for my lack of acquiescence to this practice. So far, so good. I am waiting for a student to ask me why I don’t recite the pledge. That could be a tricky question to answer. Kaepernick has pretty much been blackballed by the NFL, not being picked up to play in 2017 and subsequent years. His protest has been misconstrued as unpatriotic by the President, some NFL coaches and others. He wasn’t protesting the flag and national anthem. He was using his social platform to protest police brutality and the lack of accountability of the justice system toward African Americans.  Healthy protest should be encouraged, not punished.

Here is the “Pledge to the Earth” written by teachers at a school here in Asheville, North Carolina. I added the “and genders” part.

I pledge allegiance to the Earth

And to all life it nourishes:

All growing things, all species of animals,

All races and genders of people.

I promise to protect all life on our planet.

To live in harmony with nature.

So that all people can live with dignity.

In good health and in peace.

I love this new pledge. I can get behind it. It is based on neohumanism, a theory which includes all people, plants, animals, and the environment in one interconnected whole, the circle of life. It’s a pledge every person in the world could take. I hope we all do. Yay, Mother Earth!