What’s Happening to the Bees? 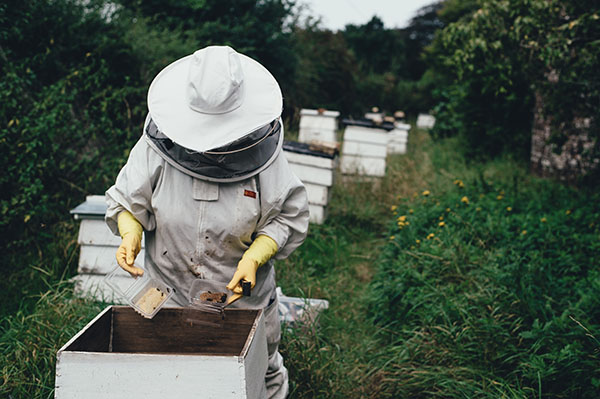 Most everyone I know has been stung by a bee at some point in their lives. When I was five or six years old, I was walking barefoot in our back yard. I was stooping to smell dandelions, violets, and the hollyhock bush, as little girls are wont to do. Suddenly I felt a sharp pain in my little toe of my left foot. I bent down to see what I had stepped on—it was a bumble bee, and she was stinging me with all her might.  I think I picked the bee off my toe, and with tears streaming down my face, went into the house to find my mama.

Another time, while hanging clothes on our clothesline stretched out in our back yard, I bumped the metal post to which double wire clotheslines were attached. Out buzzed angry hornets, I think they were because wasps are less likely to attack humans, from my research. Whatever they were, I took off like a rocket on the launching pad as they buzzed after me! I got a few stings, but it could have been much worse had I not immediately run for the basement door. Yikes! It hurt!

Well, as annoying as bees, yellow jackets, and wasps can be sometimes, they play a key role in pollinating plants. At least bees and yellow jackets are pollinators; wasps and hornets, which are actually a kind of wasp, eat other insects, helping to control them so they won’t destroy farmers’ crops.

Bees are in trouble. Since World War II, bee populations have been in decline. In 1945 there were 4.5 million bee colonies. In 2007 there were only 2 million colonies.  Why the decline? There are three main reasons: 1. Use of pesticides on crops, 2. diseases, and 3. the flowerless landscapes of the monoculture of high profit crops like corn and soybeans (http://sciabc.us/9PpyLG.) 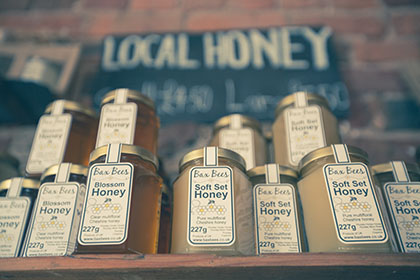 Thirty-five percent of all crops in the US need bees to pollinate them, especially the California almond crop, which has to transport 1.5 million bee colonies from other states during pollination time, and then transport them out again after the pollination because, due to lack of cover crops, the bees don’t have pasture to feed on. After World War II, farmers started doing away with cover crops like alfalfa and clover, which had supplied bees with the nectar they need to make honey (https://youtu.be/dY7iATJVCso.)

The western honey bee, which is the most commonly known bee, while not in danger of extinction, has a declining population. More troubling is the decline of the wild bees, who are more susceptible to colony collapse disorder, in which bees just leave hives, often due to the effects of pesticides and herbicides. Bumblebees are also big pollinators, especially of tomatoes.  ( https://youtu.be/oF8MV64NhrE.)

The varroa destructor mite is also a big killer of bees in this country. These mites attack the nervous system of bees, and make it so they cannot function as pollinators. (https://youtu.be/oF8MV64NhrE.)

What can we do to save bees? We can plant flowers. It sounds simple, yet if we start a campaign to plant bee friendly flowers in our yards, in public spaces, as hedge rows, as crop borders, and for cover crops, we can greatly enhance the pasture that bees have to enjoy. And, if we refrain from using herbicides and pesticides on our flowers, we will contribute to helping build back up the bee population.

We need bees! Help save them and ourselves. Without bees to pollinate our crops, we would be in danger of threatening our food supply. Beeware and bee wary of a world without bees. We are at a tipping point. No one wants to live in a food desert. Bee friendly and bee kind. Save the bees!