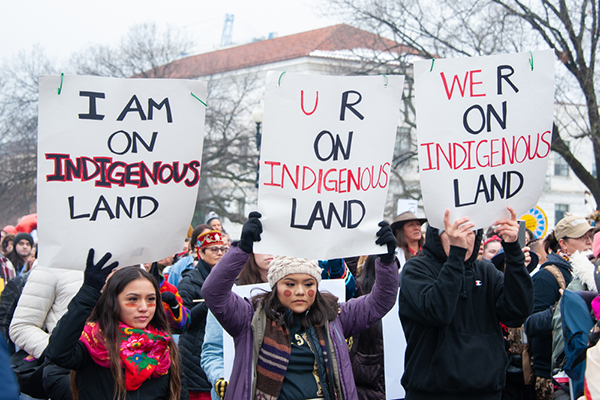 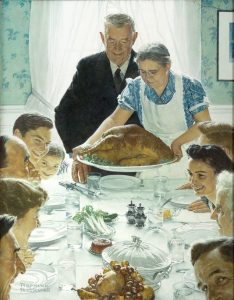 A couple of days ago Americans enjoyed traditional meals with families and friends on Thanksgiving. Ever since I was in grade school I have heard the story of the first Thanksgiving in which Pilgrims and Native Americans sat down together for a feast. However, this idyllic story is nothing more than a myth based on colonialism, and has silenced the voices of Native Americans. This month is Native American Heritage Month, observed since 1990, a time to reflect on the history and contribution of Indigenous peoples.

Thanksgiving, a US holiday celebrating the national origin myth. Americans have been celebrating Thanksgiving for nearly four centuries, commemorating that solemn dinner in November, 1621. Thanksgiving was made a national holiday by Abraham Lincoln, who was lobbied by a prominent New England woman writer, to proclaim Thanksgiving a National Holiday to unify the nation after  the Civil War. Instead of a Thanksgiving celebration of the Pilgrims surviving their first winter in the New World, with the help of Squanto and his tribe, it was an entirely different affair (Indigenous History of Thanksgiving).

Harvard professor Philip Deloria, of the Dakota tribe, son of famous Dakota historian, author, and activist, Vine Deloria, Jr., sheds light on what the first Thanksgiving was really like. He tells the story of Ousamequin, the Massasoit (which is a title and not his name), who arrived, uninvited, with many warriors, to honor a mutual defense pact, after they heard shots, thinking the Pilgrims were under attack. The supposed celebratory meal of the Pilgrims did not entail the giving of food as a gift between the Native Americans and the colonizers. The traditional holiday foods like corn, squash, and pumpkin were stolen from the Wampanaog who were treated as servants at the meal. The meat could have been wild turkey, but also included fish, eels, shellfish, and a Wampanoag dish called nasaump, which the Pilgrims had adopted: boiled cornmeal mixed with vegetables and meat (P. Deloria New Yorker Article).

Historian Roxane Dunbar-Ortiz in her 2015 American Book Award Winning work, An Indigenous Peoples’ History of the United States, asserts that the idea of the gift-giving Indian helped establish what would become the United States, “an insidious smoke screen meant to obscure the fact that the very existence of the country is a result of the looting of an entire continent and its resources.” Protesting against the holiday, the United American Indians of New England have held a “National Day of Mourning” at Plymouth Rock since 1970.

Deconstructing the Thanksgiving Myth. How do we deconstruct the myth of Thanksgiving? We falsely remember a Thanksgiving of intercultural harmony. Maybe instead we should reflect on how English settlers cheated, abused, killed, and eventually drove Wampanoags into a conflict, known as King Philip’s War (1675-6), one of the most devastating wars in the history of North American settlement, in which a large percentage of the settler population was killed. The Thanksgiving story buries the major cause of King Philip’s War, the relentless seizure of Indian land. With indigenous resistance broken, Wamanoags were judged to be criminals; many were sold into slavery. (P. Deloria New Yorker Article).

Today, the Wampanoag make up two federally recognized tribes, the Mashpee Wampanoag Tribe and the Wampanoag Tribe of Gay Head, and they descend from a confederation of groups that stretched across large areas of Massachusetts, including Cape Cod, Martha’s Vineyard, and Nantucket.

Decolonizing Thanksgiving. If classroom teachers today focus less on pageantry and instead on a more nuanced, inclusive history, still many students do not get the complete story about the place of Native peoples in the nation’s past or current history. Roxane Dunbar-Ortiz states that “it’s time for the United States government to make a gesture toward acknowledgment of its colonial past and a commitment to decolonization” (An Indigenous Peoples’ History of the United States). Today, Wampanoag people debate whether Thanksgiving should be a day of mourning or a chance to contemplate reconciliation.

Below are three new traditions suggested by the Bioneers you can adopt to begin to decolonize Thanksgiving: