Home #MeToo Why is the #MeToo Movement Ignored in the Presidential Debates?

Why is the #MeToo Movement Ignored in the Presidential Debates? 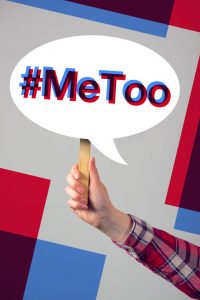 The #MeToo movement and women’s equality have been pretty much ignored in the presidential debates. It’s been two years since the #MeToo hashtag went viral, exposing prominent men in the entertainment industry, sports, and politics for sexual assault and harassment. I am wondering why the #MeToo movement is absent from debate rhetoric, since women comprise over half of the US population and over five million women tweeted about their experiences with rape and sexual assault in October, 2017, after a tweet by actress Alyssa Milano, inviting survivors to share their stories. Tarana Burke, who created the #MeToo movement in 2007 has said, “Centering sexual violence in the 2020 election is critical because it’s been two years since millions of people spoke out and said ‘me too.’ Those people are still waiting for a response from our national leaders.” (Huff Post Article).

Tarana Burke has created a new hashtag, #MeTooVoter, to raise awareness about the abuse of power by powerful men in industries, and  to try to get debate moderators and presidential candidates to recognize that women are a big voting bloc and deserve attention in the presidential election. 54 percent of voters in 2016 were women. African-American women carried the Democratic vote in that election as they are the largest voting bloc in the Democratic Party. And, it isn’t only women candidates who should be bringing up the issue of sexual violence. It is a public health issue in which 19 million people have indicated that sexual violence has impacted their lives” (Tarana Burke MSNBC Interview).

The leading four candidates have said that policies to address sexual violence will be on their platforms; however, none of them has rolled out a detailed plan to put legislation in place. In fact Bernie Sanders and Joe Biden, at the recent Politico sponsored debate, when asked one of the only questions re: women in all of the debates, sidestepped the issue. They were asked to respond to a quote by Baraka Obama, “If women were in charge, you’d see a significant improvement in just about everything. If you look at the problems in the world, it is usually old men not getting out of the way” (Sanders and Biden Non-Response to Gender Question). Both of them sashayed over to their own favorite talking points, possibly due to their advancing ages. Yet why did neither of them at least acknowledge that having more women in power would be a positive change?

Former presidential candidate Sen. Kirsten Gillibrand did run on a platform of gender equality, centering sexual assault as a major policy issue. But she unfortunately, dropped out of the field in August.

Jennifer Klein, chief policy and strategy officer at Time’s Up, said she wants to see more specifics from the presidential candidates. “Politicians who ignore this pervasive issue do so at their own peril. Any candidate for president should have clear and robust policies for combating sexual harassment and assault, and promoting equity and dignity for working women” (Huff Post Article).

So why are women’s issues and #MeToo absent from current political rhetoric and the debates? While the #MeToo movement created a powerful momentum, and many men are being held accountable for sexual misconduct, when push comes to shove, women are still second class citizens in this patriarchal oligarchy. Congress has only 23 percent women. Women are only three percent of corporate CEOs. Only five percent of film directors are women. We still have not had a woman president. We are mostly not in the billionaire 1% who control most of our resources. We have to mobilize a movement of women who refuse to take the abuse, discrimination, and marginalization any more. We need to demand gender equality. Our time is now. #TimesUp for #MeToo!