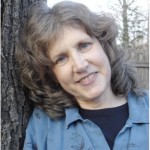 A mother asks us how mature we are with children.

The shades were drawn, so I couldn’t see the man outside, but I could hear him very clearly. He was yelling at someone. Was it at a child or a dog? I couldn’t tell which was being hurt by his power-packed criticisms.

As I listened to his abrasive words, I began to get an adult perspective of something I was aware of as a child. Most of the time people talk differently to kids than to adults, and often they act differently, too. I began to watch adult-child interactions and eventually became aware of the discrimination that often comes through what I call adultism.

Adultism hasn’t been widely explored. Except for Parent Effectiveness Training and a few other books on ways to talk to children, I haven’t found much to read on it. With five children, I often see adultism in the way I act and in the way others act. Here are some examples:

My friend is the director of a preschool. As parents come to drop off children, their eyes seek out the teacher, they say hello to another adult, but usually completely ignore the children who pass back and forth within inches of them. This is a common way of treating children in our culture: ignoring them.

A child comes into a room; the door slams behind. The child is immediately reprimanded. Would we be that quick to reprimand an adult, or would we let it go by a few times before nicely saying something? Ordering, directing, and preaching is a big part of the role that our culture has defined for adults in their relationship with children.

In India, my children had a constant battle to fight the cheek pinchers. In our culture, too, there are head pats, hugs, kisses, slaps on the back and tickling that kids have to deal with. Physically we often ignore a child’s rights to their bodies in ways we don’t usually to adults. Most children like to be touched, but they need to be “listened” to as you touch them.

If a child is doing something that disturbs an adult, we expect the child to do the changing. We’ve been taught that adults are doing important things, and children are doing unimportant things, thus an adult’s “work” has higher priority than a child’s “play” when space, noise, etc. is bothersome.

In many ways, our culture has completely different ideas of what is expected of a child than an adult. When we talk of kids being “disciplined,” we mean that they follow what others say or want. When we talk of an adult being disciplined, we mean that they are following inner motivation to do something. If someone works fast on an assembly line because they would get fired if they fell behind, we wouldn’t call that being disciplined, but if a child sits quietly at the table and eats “properly” because he will get in trouble if he doesn’t, we call that disciplined.

Adultism is very common in education. We think that adults can learn on the job, and we don’t worry about whether our spouse is “learning” each day. But we think that children have to be taught by an adult in order to learn anything useful, and that real learning only happens in classes.

We conceive of a child in our culture as knowing nothing, and of adults as the teachers who write on this blank slate. Under this theory, adults are the all-powerful molders of our children. They are like clay that we must shape before it hardens.

If we conceive of children as knowing less than us, with knowledge and maturity and size being the main differences between us and children, then it is easy to treat children as inferior. What if we broadened our views of what a child is? What if we saw children as miraculous seeds that hold within them all the potential to grow into dynamic human beings? They are filled with curiosity, energy, and the ability to communicate from birth, not in words but in smiles, tears, and cuddles. They are spiritual beings, perhaps closer to a knowledge of God, having just been born from her, than we are.

From this point of view, we become gardeners for living things, rather than potters of old clay.

If we look at children as whole beings who are more than their small bodies and fresh minds, we see that they are very spiritual, often very much in touch with that essence of life that we as adults are striving to feel again. They have a will and a personality that can be seen from their birth. In a holistic view of a child, only their mind and body are undeveloped; their will, their emotions, and their soul are all similar to ours as adults. Recognizing this, we can become more empathic to a child. We can feel that children are not something separate from us but a part of our group. Then we will no longer treat children differently but respond instead to the need of each situation.

Here are some things you can do to reduce your own “adultism”:

1. Make eye contact with children and give them your complete attention. Recognize them when you meet them, and include them in your conversations with others. To do this successfully, you will need to open yourself up to recognizing the cues (eye contact, body language, etc.) that children and teens give to let you know how the interaction is going, just as you recognize these cues in adults.

2. Watch the words you say to children. How do they compare with those you would use in the same situation with adults? Are you negotiating solutions or giving orders? Are you mentioning things you would not bother to mention to an adult? Are you changing your tone of voice and thus speaking down to them?

3. Take a course or read a book on better communication skills, such as Parent Effectiveness Training. Communication skills will help you learn to think about and say things in ways that treat others (including children) as equals, and encourages problem solving that helps all parties involved get their needs met.

4. Before criticizing a child, stop and ask yourself if it is really worth it. Can you change the environment rather than criticize the child? Padding on a door to keep it from slamming will prevent it every time, whereas most children would have to be constantly reminded not to slam it again. Is this a one time only thing or repetitive? Often we correct children on things that will never occur again. Try “quiet” techniques. If I see my child using a knife she isn’t ready for, I simply take it and put it up. Nothing said, no anger. She isn’t insulted, my needs are met, and she knows exactly what I mean. I call this “Quiet Parenting.”

5. Don’t embarrass your children by “disciplining” them in front of others. I learned this one as a child myself. If you have something you need to convey, tell them very discreetly or away from others. You would do the same for your partner! I find some people in our culture are very proud to yell at their child in front of others. They think it shows that they are in control of their children. Usually it leaves me quite upset inside, sympathizing more with the child than the parent. Correcting children is an intimate act that should be done in private, preferably with the child in your arms, with you sharing your feeling and concerns. Hardly material for shopping centers!

6. Work to change the way you think of children, starting with your own. Appreciate the amazing growth they go through on a daily basis and the strength and will it takes for them to do it. Listen to them, their words, but mostly their body language and expressions. Give lots of love. It will open their hearts and yours, too.

This is really the goal: not to act with less adultism, but to think with less. It is easy to slip back into relating to children the way you were related to as a child, but even being able to act differently half the time is well worth it. Children will begin to feel like real people, and act like it, too!

JODY WRIGHT is the president of Motherwear, a catalog for breastfeeding mothers. She is a mother of five children, a La Leche League Leader, and an infant massage instructor. This article was published in the book, Parenting from the Heart, available from Motherwear at +1-800-9502500.

This article was published in New Renaissance magazine Vol. 8, No. 3