The United Nations Center for Human Settlements, commonly known as UN-HABITAT, has recently issued the New Urban Agenda, the agency’s detailed plan for the next 20 years. Adopted by consensus of all UN member states, the Agenda was finalized  at the major global conference held in Quito, Ecuador from 17 to 20 October 2016 and endorsed by the UN General Assembly on 23 December.

The process of creating the New Urban Agenda (NUA) was inclusive of all stakeholders. Several preparatory conferences were held  in several countries prior to its final formulation in Ecuador.  Heads of State and Government, Ministers and High Representatives, subnational and local governments, parliamentarians, civil society, indigenous peoples and local communities, the private sector, professionals and practitioners, the scientific and academic community all had opportunities to give specific input.

Among the NUA’s  175 numbered paragraphs (henceforth “paras”) in its 30 pages are several statements relevant to the vision, values, goals and policies of PROUT.

While admitting that  improvements have been made in the quality of life for millions of urban inhabitants since UN-HABITAT was founded in 1976, para 3 admits that “the persistence of multiple forms of poverty, growing inequalities and  environmental degradation remain among the major obstacles to sustainable development worldwide, with social and economic exclusion and spatial segregation often an irrefutable reality….”

Para 5 states the diverse concerns and goals of the New Urban Agenda:

By readdressing the way cities and human settlements are planned, designed, financed, developed, governed and managed, the New Urban Agenda will help to end poverty and hunger in all its forms and dimensions; reduce inequalities; promote sustained, inclusive and sustainable economic growth; achieve gender equality and the empowerment of all women and girls in order to fully harness their vital contribution to sustainable development; improve human health and well-being; foster resilience; and protect the environment.

“Going local” decentralization, subsidiarity, and structural transformation are key themes relevant to PROUT that are stated throughout the NUA. For instance:

In its commitment to (para 56) increasing economic productivity through the promotion of full and productive employment and decent work and livelihood opportunities the Agenda also spells out its intention to focus on  (para 58) “addressing the challenges faced by local business communities by supporting micro-, small and medium-sized enterprises and cooperatives throughout the value chain, in particular businesses and enterprises in the social and solidarity economy, operating in both the formal and informal economies.”

As does PROUT, the NUA promotes and supports cultural heritage and knowledge stating (para 125): We will engage indigenous peoples and local communities in the promotion and dissemination of knowledge of tangible and intangible cultural heritage and protection of traditional expressions and languages, including through the use of new technologies and techniques.”

Achieve gender equality and empower all women and girls by ensuring women’s full and effective participation and equal rights in all fields and in leadership at all levels of decision-making, by ensuring decent work and equal pay for equal work, or work of equal value, for all women and by preventing and eliminating all forms of discrimination, violence and harassment against women and girls in private and public spaces;

The five great global United Nations conference of the 1990s produced excellent documents with high ideals and a positive vision for building a world that works for everyone. The problem of how to finance all the good things then emerged. So the UN started another focus area, that of Financing for Development.

This writer is pleased that the NUA has a great deal of clarity in its approach to public finance policy for funding infrastructure and other needed public goods. There is no mention made of taxing wage income and productivity, as the NUA I aims to promote “full and productive employment and decent work for all” (14b) and these are PROUT goals as well.

Para 137 –  We will promote best practices to capture and share the increase in land and property value generated as a result of urban development processes, infrastructure projects and public investments. Measures such as gains-related fiscal policies could be put in place, as appropriate,to prevent its solely private capture, as well as land and real estate speculation…..

Para 152 –  We will promote capacity-development programmes on the use of legal land-based revenue and financing tools, as well as on real estate market functioning for policymakers and local public officials, focusing on the legal and economic foundations of value capture, including the quantification, capturing and distribution of land value increments.

Land value based policy curbs land speculation and enables a fairer sharing of land resources. The policy removes the “boom and bust” cycles of land prices and helps keep land affordable. This means that less of workers’ incomes would go to banks for mortgage debt payments and landlords for rent.  Since “land rent”(also sometimes called “commons rent”) is socially generated it properly belongs to the people as a whole. Land rent is estimated to be as high as one quarter of GDP in most countries, so there is more than enough value in land rent to finance needed public infrastructure and services without having to tax labor and production.

Land value based public finance fits well with many of PROUT values and goals and had an interesting place in ancient Indian history.  In his book Economics Principles in the Vedic Tradition Nicholas Kazanas, a Greek-born scholar of Vedic history, tells us that:

“… the sages who instituted ancient Indian Codes of Law recognized fully all the needs…for bodily wholeness, food and shelter, locomotion and assembly, property and reputation, solitude and peace, physical work and spiritual development…  A most surprising feature is the principle of free access to land for all and the Land Value Tax which should be the source of Government revenue (and expenditure). It is surprising because Land Value Taxation is supposed to be a fairly modern concept. There is a concept of “rent” or surplus…”

This practical public finance policy is understood by many to be based on what PROUT founder P.R. Sarkar called “cosmic inheritance.” According to Sarkar:

“This universe is the thought projection of Brahma (the Supreme Consciousness), so the ownership of the universe lies with the Supreme Entity and Not with any of His imagined beings. All living beings can enjoy their rightful share of this property… As members of a joint family human beings should safeguard this common property in a befitting manner and utilize it properly. They should also make proper arrangements so that everyone can enjoy it with equal rights, ensuring that all have the minimum requirements of life to enable them to live in a healthy body with a sound mind.”[i]

UN-HABITAT will continue to be inclusive of all sectors of society as it moves into the implementation phase of the NUA. UN-HABITAT staff, in preparing the Action Framework for the Implementation of the New Urban Agenda carefully reviewed the entire document in order to facilitate the conversion of the NUA into a pragmatic and efficient framework of implementation. For this purpose, the contents of the NUA have been analyzed in fifteen categories, including the four cross cutting principles of the strategic plan of UN-HABITAT, available on their website: http://nua.unhabitat.org/list1.htm#.

PROUTists thus have many opportunities to broaden and deepen support for the several aspects of PROUT that are in alignment with the NUA. They can engage in the Action Framework for Implementation of the New Urban Agenda (http://nua.unhabitat.org/AFINUA19thApr.pdf). They could also work with the many NGOs and governments in their efforts to implement the NUA by developing public education programs and other activities on World Habitat Day (the first Monday of October) and World Cities Day (31st of October).

PROUTists are hereby encouraged to read the entire New Urban Agenda in order to determine the particular areas and categories of activity for which they can best make a contribution. The New Urban Agenda can be found in 11 languages here: 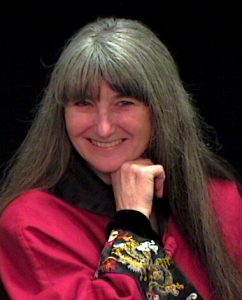 Since 1973 Alanna Hartzok has worked for economic democracy and Prout with a particular focus on land tenure and public finance policy. Her book – The Earth Belongs to Everyone – received the Radical Middle Book Award. She is a United Nations ECOSOC NGO representative and the International Liaison for the Robert Schalkenbach Foundation. She has twice been a candidate for US Congress.