There is a reason that when women birth babies they are said to be “in labor.” Producing people is hard work and birth is just the beginning. Yet even in countries that give the most paid time off to mothers (and sometimes even fathers) to take care of their newborns, there is still a push to get back to the “work force” and dump the child in daycare when he or she is not yet even walking. Sadly, many women now miss the joy of seeing their children take their first steps or say their first words.

If we had a fair economy rather than monopoly capitalism, perhaps women in their role as mother could receive payments for their home labor. There are movements for this, for instance, the International Wages for Housework Campaign was formed to raise awareness of how housework and childcare are the base of all industrial work. The campaign pushed to compensate this work as paid wage labor. Were PROUT to promote such a view, we would need to suggest the proper source of payment for women in their working roles as mother and homemaker.

The biological nature of the mother/infant bond places the responsibilities of childrearing primarily upon women. Many people now attain less than their full potential because as children they are not given the right kind of stimuli and guidance at the proper moments in their neurological development. The first five years of a child’s life require great amounts of love, attention, and skill.

Women once enjoyed a special relationship to the land when nomadic tribes shifted to an agricultural way of life. Plants and children were viewed as gifts from the gods and women were the medium for both.  A woman seemed to have the ability to summon ancestral spirits into her body, and cause fruits and grain to spring from planted fields. In a mystical sense, the earth belonged to the women and they had a religious and legal hold on the land and its fruits.

The human worldview then moved from an awareness of the interconnectedness of all through the female to the individuality and separateness of individual beings, which is the emphasis of the male principle. As women’s role in procreation was demystified, so were our ties to the earth cut. Land no longer was held in common under the care of the women, but could be acquired by male conquest. Individual landholdings were justified under the Roman law concept of dominium, which gave absolute power to the title-holder to control, use, and abuse. Under Roman law women were not generally allowed to own land. This was once true in Western countries and is still the case in some areas of the world.

The majority of mothers are now wage earners as well. They are caught, along with men, in a web of economic injustice in which their wage earnings buy less of the basic needs each year. This injustice stems from the Western land tenure system that has led to the ownership and control of the earth by a small number of people along with the holding of land as a market commodity. This in turn is rooted in a deeply ingrained metaphysical error in Western civilization, which sees human beings and the earth as distinctly separate systems.

However, PROUT understands that The Cosmic One is the Creator and hence the “owner” of every object. We deduce that human beings as the children of the Supreme Progenitor are all entitled to utilize the properties of the entire universe as our common patrimony.

Is there a practical policy approach based on this spiritual worldview that can enable women to receive cash payments for their work as mothers and homemakers?

The German economist Sylvio Gisell proposed that the economic surplus or “ground rent” should be the source of payments for the support of women in the role of mothers and homemakers. Thus, ground rent payments would be an equivalent to the use of the soil by primitive women. As he put it:

Every woman could bring up her children without being forced to depend on the financial support of a man. Economic considerations would no longer be able to crush the spirit out of women. A woman would be free to consider the mental, physical, and race-improving qualities and not merely the moneybags of her mate.

Thomas Paine, one of the great intellectuals of the American Revolution, after learning the fundamentals of economics from the French Physiocrats, said that “every landowner owes a ground rent to the community for the land which he holds.”

A fascinating point about the ground rent policy approach, sometimes referred to as “land value taxation” or “commons rent” is that it has been traced back thousands of years to a key principle of Vedic economics in the Indus River Valley civilization. 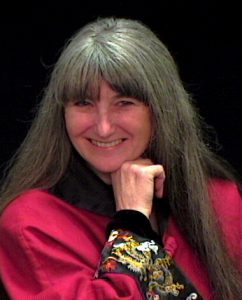 Current calculations of this unearned income or surplus value that accrues to the land and resource gifts of the Creator is that it is 25 to 30% of GDP in most countries. Ground rent, when not collected for the community as a whole, adds to the concentration of wealth and builds fortunes for a few individuals. [Ground rent as taxes is currently not part of Prout policy; this is, instead, a proposal by this author. (Ed.)]

A corollary of this policy approach is to remove taxes on labor, which will increase purchasing capacity, as well as production, which furthers maximum utilization without dead weight loss.  The tax base should be shifted to the ground rent which can finance public goods as well as pay women for their work as mothers and homemakers.  People as wage earners would reap the full rewards of their labor while women as “the producers of the producers” would be financially supported in this role.

Alanna Hartzok, co-director of the Earth Rights Institute and the author of The Earth Belongs to Everyone, was a 2014 candidate for Congress in the 9th District in Pennsylvania on the Democratic ticket.  Contact her at alanna@earthrights.net.